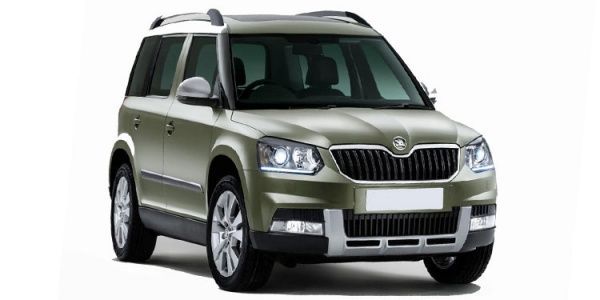 Never a big seller, the Yeti suffered due to poor positioning and high pricing. In the new avatar, it is still pricey but with more equipment and the focus on it being more for the young at heart and adventurous lot, it might find more takers.
Read More

May 2, 2017: Skoda has discontinued the Yeti and announced its replacement, the Karoq,which will come to India sometime in 2018. Meanwhile, the upcoming 7-seater Kodiaq SUV will allow the carmaker to gather momentum.

The Yeti first launched in 2010 and received a faceiift in 2014. Yeti's compact dimensions and low-to-the-ground styling kept it from looking like a menacing SUV but its four-wheel drive system was very well calibrated to handle steep inclines, declines and softer terrains like sand and slush.

The Skoda Yeti is a capable but seriously underrated product. So, can its recent facelift and added equipment change that? Here's our take after having driven it

Extremely capable with a vast potential hidden behind its quirky looks, the Yeti is no doubt one of Skoda's finest offerings, and now with a 4x2 variant available, it also much more affordable. ZigWheels gets behind the wheels

The Mahindra XUV500 has really been making some waves in the Indian SUV segment ever since its launch. So we thought it was about time that we pitched it against some of its strongest rivals and see where it really scores better