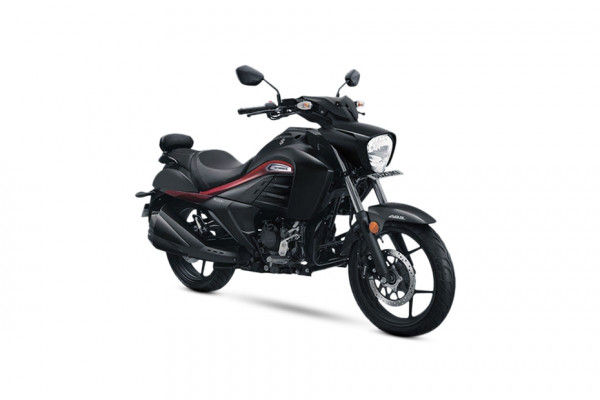 Apart from these, the motorcycle remains identical to the Intruder BS4. It continues to use a telescopic front fork, rear monoshock and disc brake on both ends. The dimensions and the fuel tank capacity have been unchanged.

The price of the Suzuki Intruder BS6 hasn't been revealed yet, but expect it to cost around Rs 3,000-Rs 4,000 more than the BS4 version. For reference, the BS4 Intruder costs Rs 1,08,162 for the FI variant. Once launched, it will go up primarily against the Bajaj Avenger Street 220.

The Intruder's BS6-compliant 155cc air-cooled engine churns out 13.6PS at 8000rpm and 13.8Nm at 6000rpm, which is 1.2PS and 0.2Nm less than the BS4 version. The Intruder 150 BS4 is powered by the same 154.9cc air-cooled petrol engine seen on the Gixxer 150 but in a slightly different tune. It produces 14.14PS at 8000 rpm and 14Nm at 6000rpm. The motor has a slightly different state of tune owing to a larger air intake, airbox and tuned exhaust. It is mated to a 5-speed manual gearbox borrowed from the Gixxer but with a larger rear sprocket for low-end performance. It has a fuel tank of 11 litres and weighs about 148kg, 8kg more than the Gixxer. Braking is done by disc brakes fitted at both ends.

Its design is inspired from the larger Intruder cruiser bikes. The bike’s design is dominated by the front cowl housing the big headlamp unit flanked by fuel tank extensions. The rear gets a large dual-barrel exhaust and bulky rear cowl. The Intruder 150 shares the Gixxer’s engine, frame, suspension, brakes, wheels and tyres, but it’s been slightly modified to accommodate the cruiser styling. The front forks and rear monoshock have also been tweaked to suit the nature of the bike, and the swingarm is longer now.

Bajaj Avenger 220: The Bajaj Avenger 220 not only gets more power than the model it replaces but also its rival, the Suzuki Intruder 150. The style and feature upgrades have given it a modern look, while not feeling overly done, unlike the Intruder 150. Add to that Suzuki’s high asking price over the Bajaj Avenger 220 and the Bajaj comes across as a great value-for-money motorcycle. More so, when you can use the saved cash to buy a good set of riding gear for those long weekend rides.

What is the price of Suzuki Intruder?

The ex-showroom price of Suzuki Intruder is 1.2 Lakh. Check On Road Price of Intruder. .

What is the Tyre and Wheel type of Suzuki Intruder?

Does the Suzuki Intruder have ABS?

Which is better Suzuki Intruder or Bajaj Avenger Cruise 220?

What is the EMI of Suzuki Intruder in Delhi?

What are the colours available in Suzuki Intruder?