The all-electric moped is available in three paint schemes: black, red and white 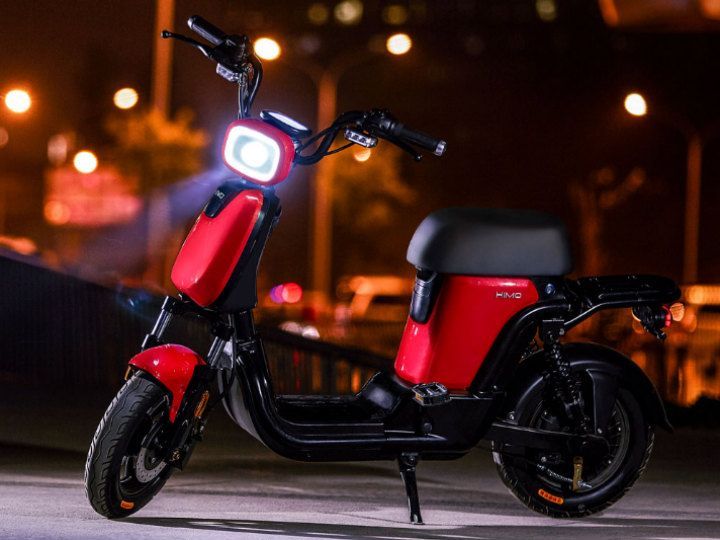 Till date, we have seen Xiaomi making phones and other electronic equipment which are affordable and packed with features. However, the Chinese company is expanding its portfolio and has decided to enter into electric mobility. We have already seen the all-electric bicycle, the Himo C20, which costs $375 (around Rs 26,000) and has a claimed range 80km. Now, Xiaomi has launched a new electric vehicle called the Himo T1. While the previous Himo models were all-electric bicycles, the T1 is an all-electric moped. And as you would’ve guessed it, this one too comes at an affordable price of just $450 (around Rs 31,477, excluding Indian taxes).

The Himo T1 features an LED headlight and an all-digital instrument cluster which displays information such as battery percentage, speed, time and more. The e-moped is powered by a 14Ah battery that holds 672Wh of charge. However, the company is also offering a bigger 28Ah battery as an optional extra. The standard variant has a claimed range of 60km. But with the bigger battery, it is good to go for 120km on a single charge.

Suspension duties are taken care of by conventional forks at the front and dual coilovers at the rear. The front gets disc brakes but at the rear, you get a cable-actuated drum brake and regenerative braking via the in-wheel motor. Xiaomi hasn’t revealed the Himo T1’s top speed or weight, but China’s new law on electric bicycles states that they must have a minimum top speed of 25kmph and should weigh at least 55kg. So, we expect that the Himo T1 to match these figures.

Just like the Himo C20, the T1 is also a China-only product. But fret not -- if you really want one in India, you can order the electric moped through Xiaomi’s Chinese e-commerce website. Of course, you might have to pay a small premium for this import.