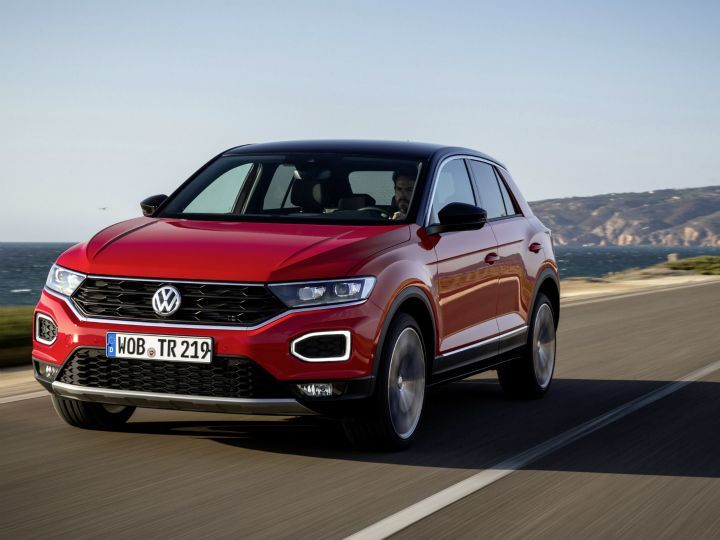 Volkswagen unveiled the T-Roc at the Frankfurt Motor Show in 2017. Based on the ubiquitous MQB platform, T-Roc is Volkswagen’s baby SUV which received praise worthy responses from global markets. Now, it seems like Volkswagen is readying the SUV for the Indian market with a launch that is likely to happen later this year. According to reports, the T-Roc will be offered as a CBU (completely built unit) in India. Volkswagen will import the SUV in accordance with the central government's program that allows a manufacturer to ship 2,500 units into the country every year  without the need for homologation.

As the T-Roc will be imported to India, expect the car to come fully loaded with features prevalent in the European versions. Size is definitely not the T-Roc’s forte as you can clearly see from the chart below:

The T-Roc can’t hold a candle against the Harrier with respect to size and is also behind the Jeep Compass (except for width).

Volkswagen is pitching the T-Roc as a compact SUV with the dynamics of a hatchback. The SUV is offered with six TDI and TSI engine options in various global markets. These engines have outputs ranging from 85PS TO 190PS.

The Indian-spec T-Roc is likely to be offered with a choice of a 1.5-litre TSI EVO petrol and 2.0-litre TDI diesel engine. It could get the option of a 6-speed manual along with the tried-and-tested 7-speed DSG gearbox as well.

Volkswagen has to get their cards right with the T-Roc, as the segment it is trying to enter is a highly competitive one with SUVs like Hyundai Creta, Jeep Compass, and the Tata Harrier. The upcoming Kia SP2i will also be competing for a slice of the pie. Expect the SUV to be priced in the range of Rs 17 lakh to Rs 20 lakh (ex-showroom) when it hits our shores by the second half of 2019. Even though the SUV will initially come as a CBU, the German carmaker will likely begin production in India based on market response.