VW Began Building Its First EV This Week And It's Already Teased A Second, The ID.4! 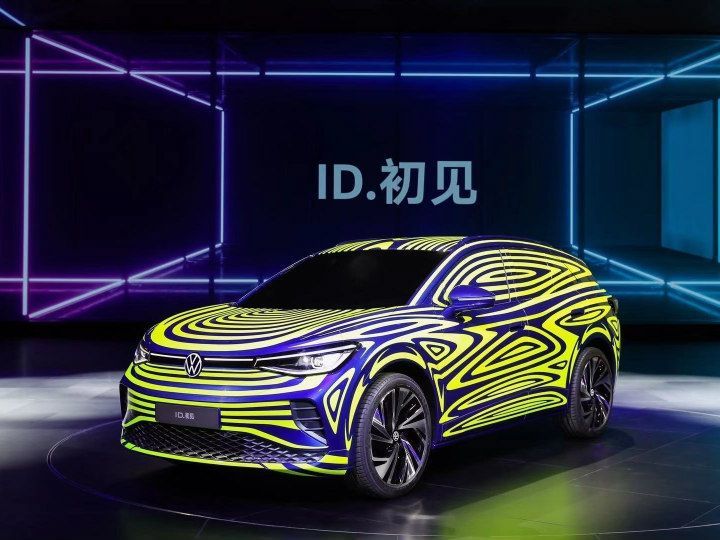 Hot off the heels of Volkswagen commencing production of the ID.3 hatchback, the carmaker is already at work on its next model in the ID range, the ID.4. The all-electric crossover that was first teased at the 2019 Frankfurt Motor Show and spotted testing on public roads was teased again in China. Here’s more on the all-electric crossover that could make its debut in 2020.

The ID.4 is based on the ID Crozz concept which made its debut way back in 2017 at the Shanghai Auto Show. The crossover will be underpinned by VW’s MEB (Modular Electrification Toolkit) platform that’ll also be the foundation for a host of EVs from the VW Group. On the outside, it resembles the concept with the main talking points being a sloping  roofline, illuminated VW logo and connected headlamps and taillamps. We expect these nifty features to make it to the production-spec model.

While Volkswagen is yet to reveal what’s inside the ID.4, we expect it to borrow some design elements as well as a variety of equipment from the ID.3 hatchback. The features may include augmented reality (AR), a head-up display, panoramic sunroof, adaptive cruise control as well as a touchscreen infotainment system with Android Auto and Apple CarPlay.

What’s under the hood of the ID.4 is still under wraps. However, Volkswagen could equip the crossover with the ID.3’s rear mounted powertrain that develops 204PS and 310Nm. In addition to this, that carmaker could also mount an additional 100PS electric powertrain to give the ID.4 a combined power output of 304PS. This addition could also make the ID.4 a full-fledged AWD EV.

There’s no word on whether the ID.4 will make it to India, but hopes are up considering Skoda Auto Volkswagen India Private Limited’s plans under the ‘India 2.0’ growth strategy. If it does come to fruition, expect the crossover EV to reach Indian shores after its international launch. Once launched in India, expect the ID.4 to take on the likes of other EVs such as the Hyundai Kona Electric and the upcoming e-ZS SUV from MG Motor India.