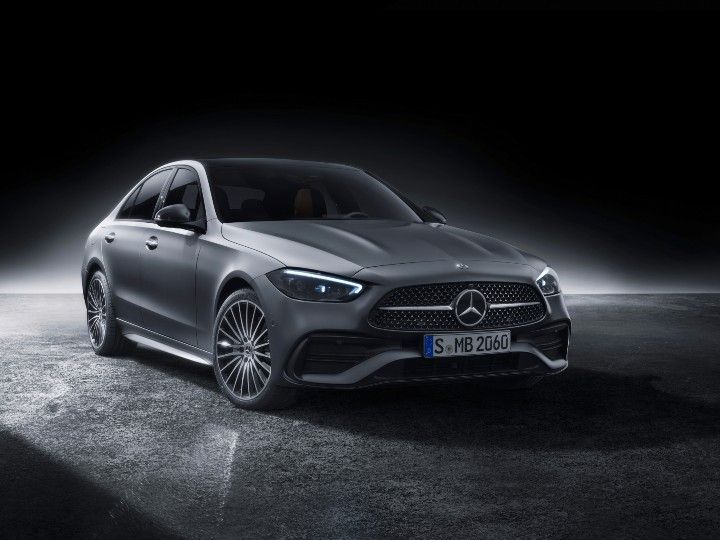 After being spied on multiple occasions, and previewed in pre-production form, Mercedes-Benz recently took the wraps off the sixth generation of the C-Class sedan. At a glance, it may just seem like a simple evolution, but a lot has changed with this generational update.

On the outside, the C-Class retains the predecessor’s overall silhouette, but has styling elements that are more in line with modern Mercedes-Benz models. Up front you get a sharper set of headlights with LED DRLs, and a new grille with the three-pointed star mesh. Its side profile is cleaner than before, and gets new two-piece tail lights at the rear, a first for the C-Class.  So you could say this evolution looks more like a major facelift than a generational update.

The 2022 C-Class has gone through a growth spurt, with the sedan being 65mm longer, 10mm wider and the wheelbase being extended by 25mm, thanks to a lower roofline. This has also led to an increase in elbow room by 22 mm at the front, 15 mm in the rear, 13 mm more headroom and 35mm more knee room.

If you were bummed about the exteriors not getting enough of an upgrade, the cabin should change that. No, this isn’t exactly the S-Class, but the C-Class has taken a clear inspiration from its more premium sibling. The main highlight of course is the large centre touchscreen infotainment system with the latest MBUX infotainment system. It can be opted in either 10.25-inch or 11.9-inch configurations. This is complemented by a 12.3-inch digital instrument cluster .

Other features include a Burmester audio system, a head-up display projecting information nearly 15ft ahead of the car, and over-the-air updates.

There’s also a plug-in hybrid C300e variant that will make its way to the lineup later. It combines a 197PS/320Nm 2.0-litre petrol engine and a 127PS/440Nm electric motor. Juiced up by a 25.4kWh battery pack, the C300e offers a WLTP (Worldwide Harmonised Light Vehicle Test Procedure) claimed range of 100km.  All engines will be paired to a 9-speed automatic gearbox. This also extends to the spicer AMG models that will be introduced later.

Like the S-Class, Mercedes-Benz is offering optional rear-axle steering for the C-Class. The rear wheels turn upto 2.5 degrees, to reduce turning circle and aid stability at speeds above 60kmph.