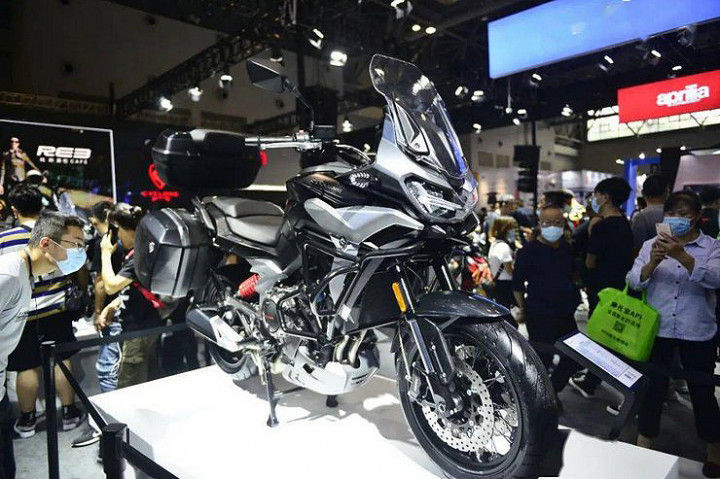 In mid-2017, Norton entered into a partnership with Zongshen Motorcycles to develop 650cc bikes. The agreement gave Zongshen, a Chinese motorcycle company, the licence to use the design of Norton’s 650cc parallel-twin motor for a period of 20 years. The first byproduct of this agreement is almost here as Zhongshen has taken the wraps off its near production-ready ADV, the Cyclone RX6. It’s likely to be launched in 2021 and will go up against the Kawasaki Versys 650.

Powering the Cyclone RX6 is Norton’s 650cc parallel-twin engine that belts out 70.9PS at 8500 rpm and 62Nm of peak torque at 7000 rpm. It gets a long travel KYB upside-down fork, an off-set monoshock, Japanese Nissin calipers and tubeless spoked wheels. The bike also ensures you go the distance with a massive 22-litre fuel tank on board. What may put people off though, is a slightly taller seat height of 820mm and a kerb weight of 215kg.

Also Read: Zongshen To Launch A Naked Bike Based On Norton Atlas 650

The Cyclone RX6 wasn't the only bike Zongshen showcased at the International Motorcycle Trade Exhibition in Asia. It also unveiled the RG300, a smaller sports tourer packing a bored out 401cc, parallel-twin engine derived from Zongshen’s existing 380cc motor. It’s tuned to make 42.5PS at 9500rpm and 34Nm of peak torque at 8000rpm. The bike weighs in at 215kg and tops out at 150kmph. Pretty decent for a 400cc sports tourer we'd say!

Both bikes feature LED lights all around, a tall, possibly adjustable windscreen, and a digital instrument console. Expect Zongshen to launch the Cyclone RX6 and the RG300 in 2021.