Morris Garages’ latest contraption not only honours its roots, but also shows the evolution of its roadsters 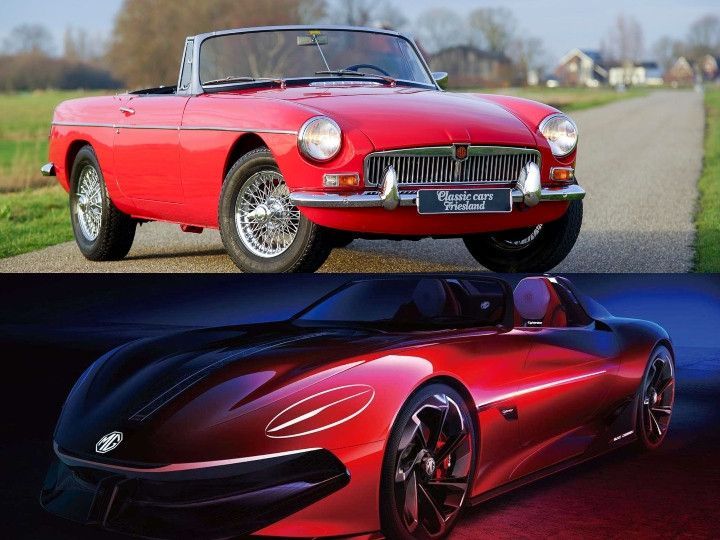 For most of us, Morris Garages is synonymous with SUVs that take up the majority of its current lineup, especially back home. Back in the early days, it was actually known for its saloons, sports cars, and roadsters. The carmaker recently revisited its roots with the unveiling of the Cyberster all-electric roadster concept. Not only does it honour the 1962 MGB roadster, but it also shows MG’s take on a future roadster, should it become a reality. Here’s how MG’s roadster has evolved in nearly 60 years.

On the outside, the Cyberster has definitely taken a leaf out of the MGB’s book with a gorgeous low-slung silhouette and curvy lines to accentuate that open-top roadster vibe. Other inspired bits from classic MG models include round ‘Magic Eye’ headlights that open when switched on and a slim grille. The concept gets another nice touch in the form of a laser belt LvED strip that runs along the sides of the car, meant to recreate the MGB’s chrome strip.

MG has, of course, added a modern flair to the Cyberster, with what it calls a flattened ‘kamm tail’ rear. The ‘flat’ aspect is underscored at the rear with integrated LED tail lamps and a Mini-inspired ‘Union Jack’ styling. The large turbine-like wheels round off the Cyberster concept’s styling.

It's no surprise that the Cyberster and MGB are a world apart on the inside. While the MGB had a fairly simple layout with minimal instrumentation, the Cyberster concept’s cabin is more space age, with a fighter jet-style steering yoke, a digital instruments cluster, 5G connectivity, and a palm scanner. Sure, this kind of cockpit is highly unlikely to become a reality for quite some time, but it's pretty neat nonetheless.

The vintage MGB was powered by a 1.8-litre engine that made just a shade under 100PS, paired to a 4-speed manual gearbox. As if that wasn’t enough, the carmaker had introduced the spicier MGB GT V8 in 1973 that was powered by a 3.5-litre Rover V8 engine delivering around 137PS of grunt.

Coming to the Cyberster concept, the biggest difference is that it’ll run on all-electric propulsion. The carmaker is yet to divulge complete details, but it's quick enough to go from 0-100kmph in under three seconds! All that performance doesn’t come at the cost of range, though, with a claimed 800km on offer.

Despite limited details on the Cyberster concept, it's a reasonable depiction of a modern MG roadster, with a blend of retro and futuristic design traits. The concept will be fully unveiled at the Shanghai Auto Show later this month.