Maruti is (nearly) ready for an electrified future 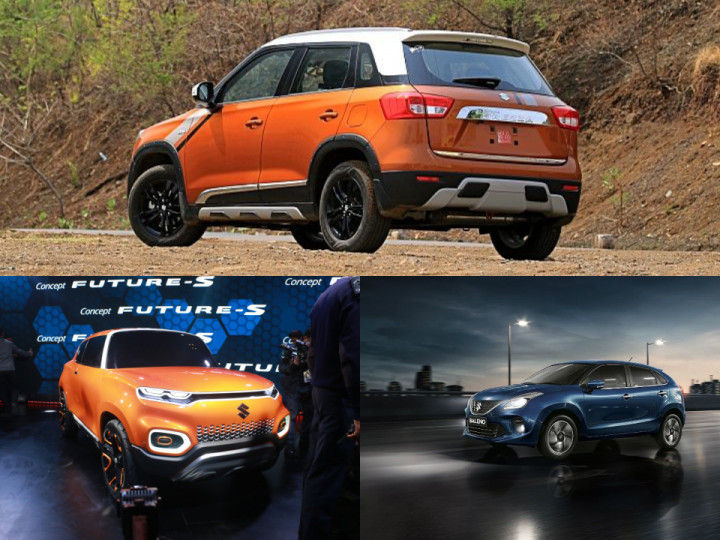 Maruti Suzuki draws a sizeable crowd at every Auto Expo. Last year it won our hearts with the Future S mini SUV concept. This year it is likely to focus on emissions and sustainable mobility. The carmaker is expected to present the facelifted Vitara Brezza compact SUV powered by a BS6 petrol engine. Maruti’s upcoming electric vehicle (EV) could also be seen in its concept form. With 18 cars on display, here’s what Maruti will bring to Auto Expo 2020:

Maruti’s compact SUV is one of the bestselling sub-4m SUVs in the country. At the moment, the car only comes with a 1.3-litre turbo diesel engine. With the BS6 deadline barely three months away, Maruti is readying a BS6 petrol engine for the Brezza. This is set to be the only engine choice for the Brezza while Maruti hones its BS6 diesel engine. Read about the Brezza’s latest spy sighting here.

As previously reported, Maruti Suzuki will not launch an electric car in India in 2020. However, it has been a year since the carmaker deployed a fleet of electric Wagon R test beds on Indian roads. We expect to see a proof of concept at the Auto Expo. It might be India’s largest carmaker, but Maruti Suzuki is new to electric vehicles. The carmaker is likely to launch the vehicle in 2021. Read more about the Futuro E here.

The Ignis is in line for a facelift for the first time since its launch. The most apparent change is to the front fascia -- a new S-Presso-like grille sits above a redesigned bumper. You can read our story about it here. We expect the car to be launched in early 2020. It is likely to have a price increase of Rs 25,000.

Maruti was one of the first carmakers in India to offer BS6-compliant vehicles. Ahead of the April 1, 2020, deadline for BS6, the carmaker is ready with its lineup of emission-compliant vehicles. A total of 18 Maruti Suzukis -- including the new Swift, Dzire, Ciaz, and Baleno -- will be on display at the show.

The S-Cross stands alone in the crossover segment. The Renault Duster-sized Maruti comes with the same engine as the Brezza, a 1.3-litre diesel. Since the S-Cross is a hulking crossover which weighs more than a Ciaz sedan, it is a likely candidate for Maruti's largest and most powerful engine on offer in India, the K15. It is expected to make 105PS of power and 138Nm of torque.

You might be thinking Maruti will only sell petrol cars after April 2020, and that could be true for some models. However, the carmaker is gauging the market demand for diesels, and is working on updating the 1.5-litre diesel engine to BS6. Read our story about it here. The Ertiga and Ciaz are likely contenders for this engine, though it could be offered with the S-Cross as well.