Go Farther Into The Wilderness With The Jeep Wrangler Rubicon, Launched In India At Rs 68.94 Lakh 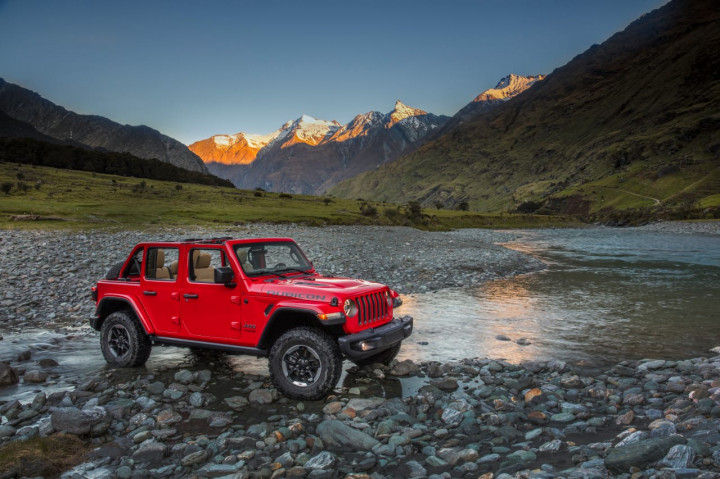 Jeep India has launched the tougher Wrangler Rubicon in India at Rs 68.94 lakh (ex-showroom pan-India). Only the five-door variant will be available and deliveries are set to begin from March 15. Although the Wrangler is a capable off-roader, the Rubicon variant adds more tech and features to help it climb rocks and ford rivers.

Other than the black flares, rock rails, and a decal on the bonnet, the Rubicon looks identical to the current-generation Wrangler. The difference lies in the running kit -- it sits higher off the ground and is 10mm taller than the stock SUV. It also gets chunkier mud-terrain tyres and several suspension modifications which give it better approach, departure, and breakover angles.

Jeep’s RockTrac system gives the Rubicon full-time all-wheel-drive. It is more advanced than the stock Wrangler’s SelecTrac system and features a full-time two-speed transfer case and TruLock locking differentials. The Rubicon also gets a system which electronically disconnects the sway bars for better wheel articulation off-road.

Under the bonnet lies the same 2.0-litre inline four-cylinder turbocharged petrol engine. It makes 268PS and 400Nm of torque transmitted through an 8-speed automatic transmission. The Rubicon variant also gets a bigger battery and alternator.

Jeep imports it as a completely built unit, hence the lofty price tag. Until recently, the Wrangler faced no direct competition in India and passed off its lack of luxury features as a trade-off for impeccable off-roading ability. Now that the Land Rover Defender is here, would you pay for a new Wrangler anymore?