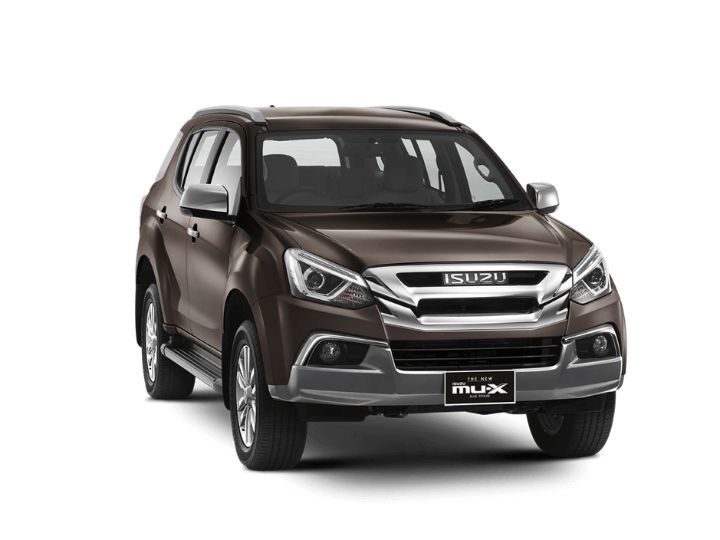 Japanese manufacturer Isuzu introduced the MU-X seven-seater SUV last year. Don’t know what we’re talking about? We don’t blame you. When your rivals include big shots (literally) such as the Toyota Fortuner and the Ford Endeavour, you better bring something special to the party. Sadly, last year, Isuzu couldn’t do that. In spite of the fact that global markets got an updated version of the MU-X, the Indian market got the older version instead. Add that it was slightly optimistically priced at around Rs 24 lakh ex-showroom, and the likeable SUV failed to register in the minds of the Indian buyer.

This time round, though, Isuzu looks keen on turning things around. The updated avatar of the MU-X is right around the corner, as a mule of the SUV was spotted on test. It’s clear that the facelift version of the SUV will look identical to what’s on offer in the global market. Aesthetic updates include a new set of bumpers, new headlamps with daytime running lamps, LED tail lamps and bigger 18-inch alloy wheels.

While there are no spyshots of the interior, we have our fingers crossed for the newer China-spec dash. The China-spec MU-X gets a sauve-looking dashboard with a large central touchscreen, and a cleaner layout for the automatic climate control interface. That said, Isuzu could choose to carry forward the existing dashboard design in interest of keeping costs low. In that case, we’re expecting a new touchscreen infotainment system at the least, to replace the current, slightly laggy unit.

But the biggest change is under the bonnet. The MU-X will feature a new 1.9-litre, four-cylinder diesel engine. This motor makes a healthy 150PS of power and 350Nm of torque, and is paired with a 6-speed automatic transmission. Isuzu’s 4x4 tech will be on offer as well. Sources say the old 3.0-litre diesel engine has been given the boot since it wouldn’t be compliant with the upcoming BS6 emission norms.

We’re expecting a launch around the festive season, with prices hovering around the Rs 25 lakh mark. That said, the changes look promising, and enough to make the MU-X a strong contender in the premium SUV space.