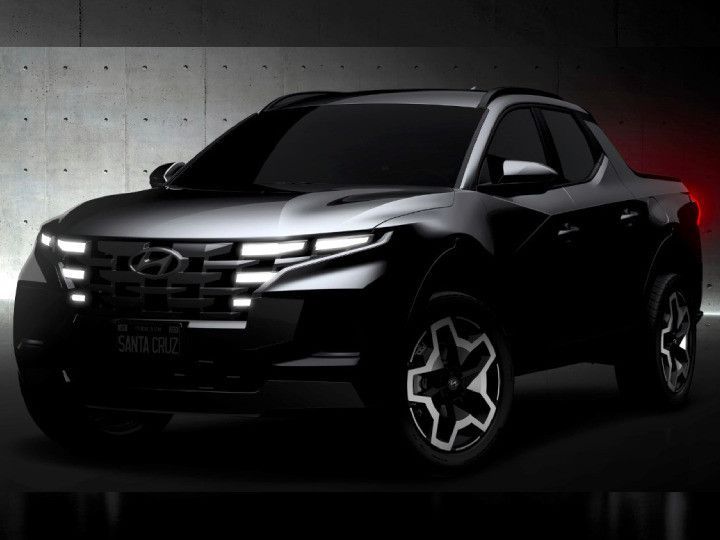 Hyundai is all set to join the pickup party with its Santa Cruz. In addition to teasing the car, Hyundai has also announced that it will debut globally on April 15. For those unfamiliar with the car, it was first revealed as a concept in 2015 at the North American International Auto Show in Detroit.

Notice the parametric design on the grille, the shape of the LED headlights, and just the overall appearance of the front of the car? Pretty sure it reminds you of the 2022 Tucson. At the rear, it gets hammer-shaped LED tail lights and big ‘SANTA CRUZ’ lettering on the tailgate which opens up to the open flatbed.

Like its prime rival in the USA, the Honda Ridgeline, the Santa Cruz will get a monocoque body. The Santa Cruz, Hyundai claims, is meant for more recreational purposes instead of just work.

In terms of what lies under the hood, Hyundai has only said this: "powerful and efficient powertrain options, a flexible open bed for gear, cutting-edge connectivity and a highly maneuverable all-wheel drive platform." Expect it to have hybrid options as well.

The Santa Cruz will undergo production in Montgomery, Alabama in the summer, and will go on sale in the USA later in 2021. While it is unlikely to ever come to India, we wish we could see a new pickup offering like the Santa Cruz here as well, especially considering its practicality and size.