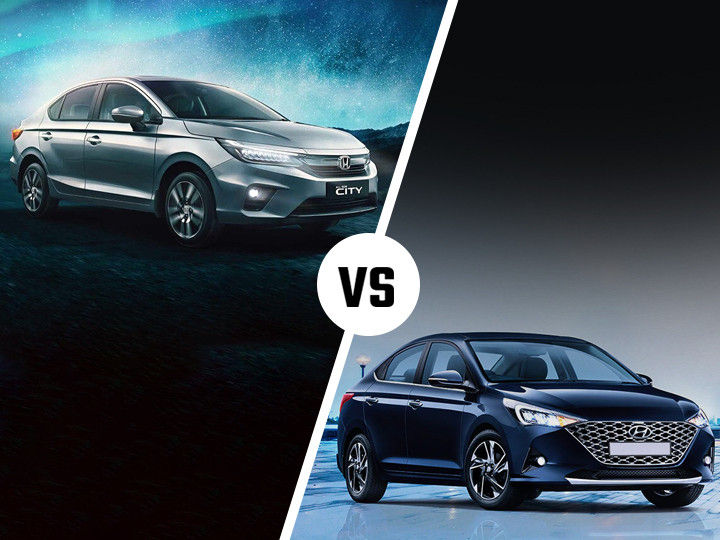 Both models develop similar power though the Verna turbo-petrol produces more torque (+27Nm) than the City. Moreover, the 172Nm of torque starts coming in from just 1500rpm while the City’s engine produces its power and torque at a much higher RPM. The City utilises a refined CVT while the Verna comes with a sophisticated dual-clutch automatic.

So clearly, both cars are worlds apart in the powertrain department. But which car performs better? We recently put them through their paces to find some answers.

The Verna Turbo is just a smidge faster than the Honda City CVT, which was tested in wet conditions. We could have achieved a better 0-100kmph time in the City if weather conditions were favourable. Even the Verna Turbo has the potential to be faster. But the DCT gearbox doesn’t allow the car to be launched hard and thus the slower 0-100kmph time. In comparison, the Venue Turbo with the same engine and a 6-speed manual gearbox did the same run in 10.99 seconds, 1.04 seconds faster than the DCT equipped version.

What really surprised us here though is during kickdown mode. The City managed to beat the Verna by a smidge and this is despite the City utilising a CVT, which is best known for its relaxed nature. CVTs shoot up the revs when you put your foot down but the corresponding rise in actual speed tend to be less.