The full-size Trailblazer will go up against the upcoming new Fortuner and Endeavour in India, is powered by a 2.8-litre 200PS diesel engine 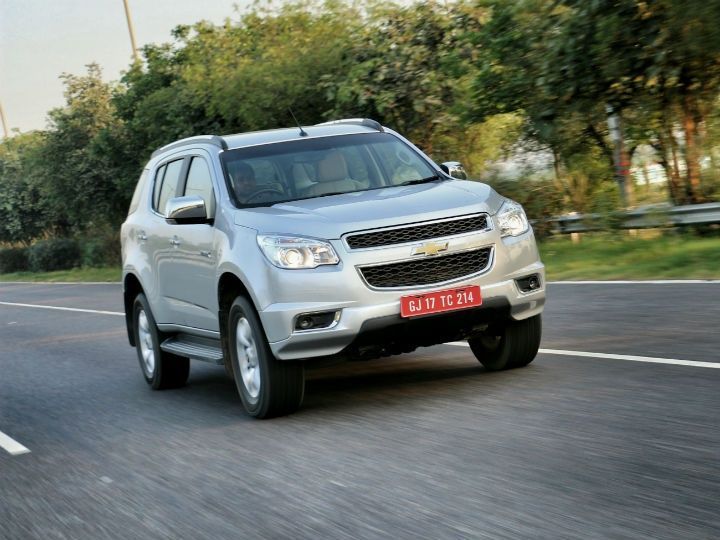 The Chevrolet Trailblazer is the first of five revival models for the American giant. The Trailblazer aims to shed the Chinese tag off its SAIC backed GM products and show the brand in a new light. Priced at Rs 26.4 lakh, ex-showroom Delhi, the Trailblazer will be sold as a CBU in India.

Powering the Trailblazer is 2.8-litre 4-cylimder duramax diesel engine that is known for its high torque output. With 200PS of power at 3,600rpm and 500Nm of torque at 2,000rpm, the Trailblazer has quite some punch to counter its 2068kg kerb weight. Power is sent to the rear wheels on this road going SUV. It’s a pity GM didn’t bring the 4WD variant to India considering it is a CBU. The Trailblazer employs a 6-speed automatic gearbox.

The Trailblazer gets a 7-inch Touchscreen infotainment system with a smartphone app link for internet radios like Tunein. There’s the usual USB, Aux-in and Bluetooth connectivity and there’s video playback too. The touch screen system works well although could do with better rear camera resolution. The Trailblazer doesn’t offer navigation though which in this segment has become a must have feature. The Trailblazer also gets leather seats, auto foldable outside mirrors and cruise control. And with four 12V sockets, AC vents for the second and third row, the Trailblazer gets all the comfort and convenience features you will need. On the safety front, you get two front airbags, ABS with EBD, hill start assist, hill descent control, traction control, ESC and cornering brake control.

The Trailblazer is a well rounded product from the GM stables but comes at a time when the competition is going to heat up quickly in the next few months.