The carmaker is following in the footsteps of its American counterpart 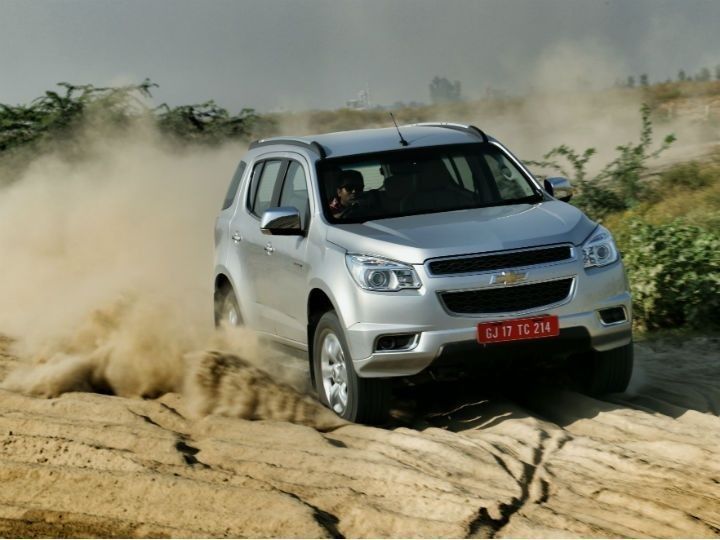 The Chevrolet Trailblazer was launched in India in October 2015 to compete with the Toyota Fortuner and the Ford Endeavour. It went on sale with an asking price of Rs 26.40 lakh. But post the announcement of the budget for the current fiscal year, all carmakers were forced to hike the prices of their offerings in India, and the Trailblazer’s price tag was revised to Rs 26.99 lakh. Now, though, the GM-owned automaker has slashed the price of the Trailblazer’s only variant available in India – the LTZ – by a humongous Rs 3.04 lakh. Do the math and you’ll see that one can now purchase the big SUV for Rs 23.95 lakh (all prices ex-showroom, Delhi).

This welcome move isn’t really surprising, since it comes soon after Chevrolet’s American counterpart, Ford, slashed the prices of the Endeavour SUV by up to Rs 2.82 lakh. Not that the Trailblazer, with its negligible sales figures, ever troubled the Endeavour or tried to capture its market share, but with Ford reducing the asking price, Chevrolet had no option but to follow suit.

Apart from countering the competition, there are two more reasons behind this price drop. One, the festive period is in full swing and Chevrolet wants to cash in on it with the Trailblazer. Two, the American carmaker wants to launch the facelifted version of the Trailblazer and wants to do away with the current stocks of the SUV. With Toyota’s new Fortuner making an entry soon, Chevrolet must get to its ‘A’ game with the Trailblazer to win buyers over.

Internationally, the facelifted Trailblazer was launched in May 2016. With sharper cosmetic updates, the SUV sure looks more promising than the one it will eventually replace in India. The Trailblazer is powered by a 2.8-litre turbo-diesel mill which is tuned to produce 200PS of power and 500Nm of torque. A six-speed auto box takes care of the transmission duties and the power is transmitted to the rear wheels only.