Are you in the market for a new SUV? Here are six cars you should wait for before making your decision. 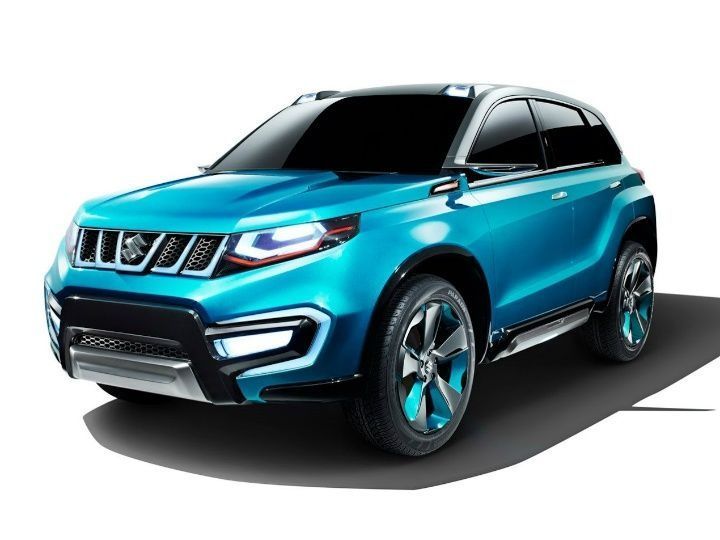 The SUV market in India is booming. With premium SUVs seemingly the flavor of the season, here are some more SUVs that will make an appearance in India in 2015. The SUVs in this list will range from a modest Rs 7-10 lakh bracket to a more premium Rs 40-50 lakh. From small soft roaders to large offroad capable behemoths, we have something for everyone. Read on to know more.

One of the most anticipated SUVs of the year will undoubtedly be the all-new and much awaited Maruti Suzuki XA Alpha / YBA compact SUV. The new car will go up against the Ford Ecosport, Renault Duster and the upcoming Hyundai compact SUV along with the newly launched Hyundai Creta. To keep a check on price, the YBA is said to be based on the existing Maruti Suzuki Swift platform and would qualify for the sub-4 meter excise benefit, helping it to be priced between Rs 7-10 lakh. Considering the fact that Maruti has launched the new NEXA showrooms for their more premium offerings, expect the XA Alpha to also be sold through this new dealership experience.

The YBA will be launched in both petrol, as well as diesel variants. That means, the YBA will be introduced with the 1.2-litre K12 petrol unit that is also seen on the Swift or the K14B engine that is found on the Ertiga and makes 95PS and 130Nm. The Maruti Suzuki YBA will also come in diesel form with a 1.3-litre DDiS unit that produces 90PS of peak power and 200Nm of torque. We also expect Maruti to offer a more powerful diesel engine which would be the 1.6-litre engine from the newly launched S-Cross.

The new Chevrolet Trailblazer will go up against the dominance of the Toyota Fortuner in India. Its large size, aggressive profile and updated interiors are certain to get more than a few takers in India and so its its overall large truck American appeal. The new Chevy Trailblazer will be launched by the end of the year and will feature a diesel engine with both manual and automatic gearboxes. Our favorite styling feature though has to be the ultra wide wheel arches both in the front and in the rear that offer a hunkered look to this large SUV.

On the interior front, the Chevrolet Trailblazer looks like an ultra modern lounge on wheels. With mood lighting on the dashboard, door cards and roof combined with the blue glow from the instrument cluster and the centre console, the Trailblazer’s interior is a good place to be in. However, it is uncertain if these features will make it to India. In our opinion, Chevrolet should leave the car as it is for India without fidgeting too much with the interior styling if they intend to attract a large customer base. Expect the Chevrolet Trailblazer to be priced between Rs 20-25 lakh and go up against the likes of Toyota Fortuner, SsangYong Rexton and the soon to the launched Ford Endeavour.

The Ford Endeavour will be one of the three new cars that Ford will launch in India in 2015 to boost their falling sales figures. The new car will be true to Ford’s large SUV formula and will be as or more aggressive and even bigger than before. What we truly like though about the new Ford Endeavour is the fact that its large dimensions are softened by its new age design elements combined with the large and typically American grille. On the interior front, the new Endeavour will have a new interior with a more conventional layout than some of the other Ford vehicles we have become used to recently. The new interior will be available in a beige and wooden combination with silver accents.

The new Ford Endeavour will be available with a diesel engine and with both a manual and automatic gearbox. There will also of course be a four wheel drive version of the car which will be the top of the line variant offered in India. Ford will also offer a whole host of add-on tech to the new Endeavour which was missing in the last generation car. The new car will be priced between Rs 20-25 lakhs and will go up against the SsangYong Rexton, Toyota Fortuner and the upcoming Chevrolet Trailblazer that was recently showcased in India.

The Toyota Fortuner is without a doubt one of the most loved SUVs in India far outselling anything else in the same price range. The new Toyota Fortuner will drastically be different with an extremely futuristic styling and design element that encapsulates the car as compared to the rather plain and upright look that it sports today. On the inside too, the new 2016 Toyota Fortuner gets a complete revamp and much better looking cabin. Depending on the trim levels, the interiors could be available in a smart all-black theme as well as a dual tone leather scheme with faux, brushed aluminium highlights

Under the hood too, the new Toyota Fortuner will get a new 2.8-litre direct-injection, four cylinder turbo diesel engine rated at 177PS. Maximum torque from the engine will be 420Nm for the manual and 450Nm for the automatic. The Forutner will of course get both automatic and manual gearboxes with both getting automatic gearboxes. The new Fortuner will also come loaded with many off roading aides such as hill descent control and traction control. Expect the new Fortuner to be priced between Rs 25-30 lakhs and will go up against the SsangYong Rexton, the Ford Endeavour and the Chevrolet Trailblazer.

With the GLC, Mercedes-Benz in India will complete its SUV package in India offering every single SUV it makes internationally for sale in India. The new GLC will go up against the Audi Q5 and the BMW X3 and will offer Mercedes-Benz a much needed boost in the SUV segment. The new Mercedes-Benz GLC will be available in India soon and should be priced between Rs 40-50 lakhs to begin with. The new Mercedes-Benz GLC will also come with both a petrol and a diesel engine to suit the needs of both type of customers. The petrol mill is the GLC 250 which will develop 214PS of power and 350Nm of torque. The diesel, the 220d with 172PS/400Nm will be the popular model though in India.

The GLC is based on the C-Class platform but comes with higher ride height. The SUV has a large Mercedes signature two slat grille and thick and wide front bumper with a gaping air dam to give it a proper SUV stance. Wheel sizes accentuate the stance, specially the 20-inchers with the AMG trim. The car coming to India should have 18 inch wheels as the stock option. The interior is familiar too as it is borrowed from the C-Class and considering the levels of quality and detail in the C-Class, the GLC’s rivals should be worried with the levels of Luxury this SUV will offer.

Although Mitsubishi in recent years has been on the decline, the new Pajero sport will make its way to India soon. The new car will have an all new styling angle and will be aligned to Mitsubishi’s global design trends that have been edgy and very aggressive. On the insides, the new Pajero Sport will look much more modern than ever before and will feature comparable spec technology like navigation and a touchscreen infotainment setup. The new Mitsubishi Pajero Sport will come with the same engine that works force on the Triton. It will come with a 2.4-litre unit turbocharged diesel engine that makes 181PS and 430Nm. This engine is expected to come with a 6-speed automatic transmission which will replace the 4-speed ‘box from the outgoing model. It will also be offered with a 6-speed manual transmission.