Honda Makes It Two In A Row While Mr. Dakar Continues To Amaze 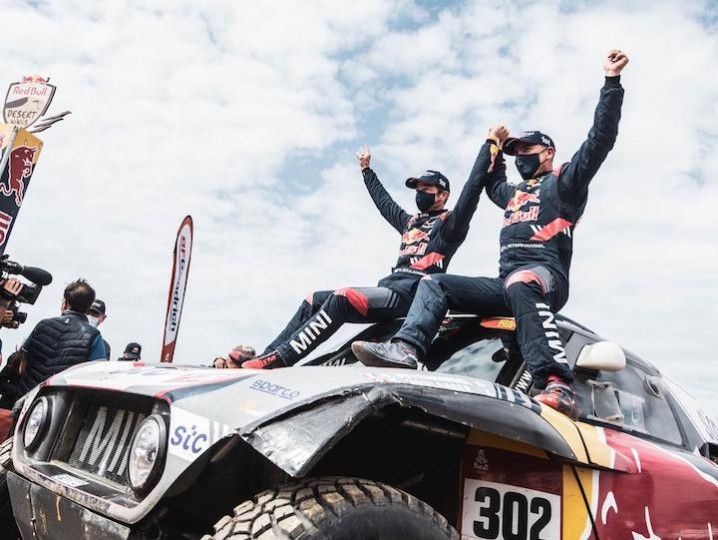 How mad does someone have to be to attempt to cover 9,000km - 4,700km of which is at speed - in some of the harshest off-road conditions while having to navigate your way on the fly? Well, the winner of the car category of the 2021 Dakar Rally should give you an idea. Stephane Peterhansel has taken part in 30, yes 30, editions of the Dakar Rally and won 14 of them on both two wheels and four!

Mr. Dakar, as Peterhansel is called, was joined in the winner’s circle in Jeddah, Saudi Arabia by Kevin Benavides who triumphed for Honda in the motorcycle category. Benavides was followed home by last year’s winner and Honda teammate Ricky Brabec, giving the Japanese marque two straight wins at the Dakar Rally.

Not bad, considering Honda didn’t record a single victory at the event from 1990 to 2019. Austria’s KTM, which was undefeated at the Dakar from 2001 to 2019, had its best performing factory rider place third overall. The rider most likely to give KTM yet another victory, Toby Price, was forced to withdraw on the penultimate stage of the event yesterday after crashing out. It was an unfortunate end to a brave Dakar campaign that included Price riding an entire stage with a damaged rear tyre that he repaired using duct tape and zip ties.

The setbacks for KTM were as much of a surprise as hearing of TVS Racing ending its association with French manufacturer Sherco was for Indian motorsport fans. Those fans had gotten used to seeing two Indian manufacturers represented at the Dakar Rally. However, this year Hero MotoSports Team Rally was the lone Indian manufacturer and despite the setback of CS Santosh being forced to withdraw after a crash, it brought its other two riders home in the top 15.

Joaquim Rodrigues finished 11th overall for Hero while teammate Sebastian Buhler was 14th at the end of the rally. While TVS Racing didn’t have any official partnership or entry, they did sponsor Harith Noah, who finished 18th overall for the Sherco Factory team.

On four wheels, it was Peterhansel who took a firm hold on this year’s event in his X-Raid Mini. From the start of the event on January 3 and until its conclusion today, Peterhansel led the overall classification after each of the 12 special stages. This was despite his great rival Nasser Al-Attiyah posting the fastest time in six of those special stages. Al-Attiyah gave it his all in his factory Toyota Hilux, but consistency helped seal the deal for Peterhansel and continue his storied Dakar Rally career.

Peterhansel won the Dakar Rally six times on a motorcycle from 1991 to 1998 while competing for Yamaha. His victories with Yamaha were the last for a Japanese motorcycle manufacturer before Honda triumphed in 2020.

He then made a switch to four wheels, as is common among Dakar Rally participants, scoring his first win in the car category in 2004 for Mitsubishi. Seven more wins have come for Peterhansel since then with Mini and Peugeot.