The Beefier A110S Takes Centre Stage For Alpine At Tokyo

Pre-orders have begun for the sportscar in Japanese markets 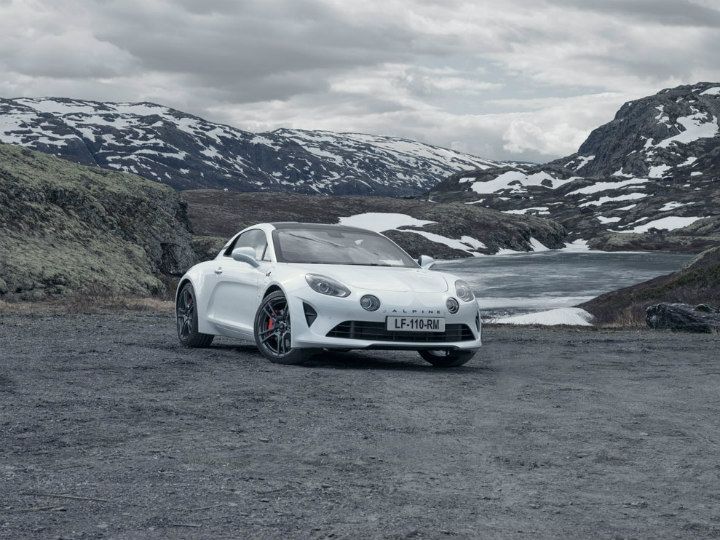 For those that haven’t heard of Alpine, well, think of the car makers as evil scientists who borrow parts from Renault to make track-gobbling, rally-crossing race cars. They're sometimes called the French equivalent of Porsche, which is a pretty big deal. Back in 2017, the gorgeous A110 made its debut at the Geneva Motor Show, but an even more aggressive A110S was unveiled in June this year. And now, Alpine has given the Japanse market a glimpse of the textbook sportscar at the 2019 Tokyo Motor Show.

The A110S is essentially a souped-up variant of the A110 sports car. And it shows, as its 1.8-litre turbocharged four-cylinder engine has been bumped up to produce 292 PS of power compared to 252PS in the standard A110. This propels the sports car from 0-100kmph in 4.4 seconds, which is a tenth of a second faster than the standard car. Engine gains are owed to a bigger turbocharger. Its 7-speed dual-clutch transmission remains unchanged. Top speed is limited to 250kmph.

Other performance enhancements include stiffer springs, new anti-roll bars, and carbon-ceramic brakes as sassed equipment. It’s ride-height is 4 mm lower with the car being fitted with stickier Michelin Pilot Sport 4 tyres for better cornering speeds.Even the ESC has been tweaked for better handling.

Pre-orders for the sportscar have begun with an introductory price tag of JPY 8,990,000 (Rs 58.76 lakh) with deliveries set to begin in February. The A110S is offered in three colour options: Blanc Irise M, Blue Alpine M and Gritner Mat.