There is an unmistakable charm about station wagons which can't be denied. And the new V60 is all about that, and a lot more. 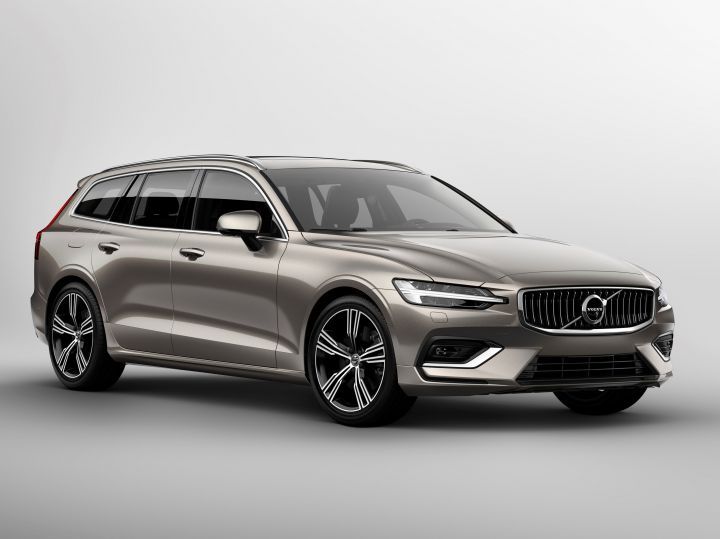 There is something special about new Volvo designs which makes a connect almost instantly. And the all-new V60 station wagon is a testament to that. Yes, it does look like a scaled down V90, but look at how pretty it is. Dial in the fact that it packs semi-guilt free 390PS and those looks get a lot of substance as well. Also, it is based on the Scalable Product Architecture (SPA) platform which also underpins the recently launched XC60 and the 90 Series cars from Volvo.

The signature 'Thor's Hammer' LED headlights, the concave grille, sharp lines on the bumper, all make for an aggressive face. And like the XC60, the DRLs stick out of the headlamp cluster and move towards the grille here as well.

The low and long design of the side is reminiscent of the V90. It carries almost the same roofline and shoulder line but the other elements are a lot sharper. The bodyline going into the taillamps and the line towards the bottom of the doors are a lot more prominent as well. Another thing worth mentioning are the 20-inch, five-spoke wheels which ditch subtlety in favour of mischief.

Wait, aren't those the taillamps from...? Well yes, they look almost similar to the V90, and so does the entire rear design. But again, things here are a lot more sharper, like the licence plate housing, bumper or the taillamp elements.

Globally, the V60 will be launched with six different drivetrains including two hybrids and two types of diesel. The hybrid options include a T6 Twin Engine AWD petrol plug-in hybrid which has a peak power output of 340PS, and the top-of-the-line T8 Twin Engine AWD petrol plug-in hybrid that delivers 390PS. These drivetrains are borrowed from the XC90, S60 and XC60 sold abroad. The fuel and fire mill is the 2.0-litre inline-four which produces 303PS and powers the front wheels. The rear wheels are driven by a 65kW electric motor mounted to the axle, which fills in the remaining 87PS.

The diesel engines are 2.0-litre units with the D3 making 150PS and the D4 making 190PS (both front-wheel drive). The T5 2.0-litre petrol will also be an FWD making close to 240PS. All the engines will be mated to an 8-speed automatic gearbox.

The interiors have been lifted straight from the XC60 and feature the same Nappa leather on the seats, matte finish ‘driftwood’ on the dashboard and a 12.3-inch fully digital instrument cluster, heads-up display and the 9-inch vertically placed centre console display which runs Volvo Cars’ Sensus infotainment system compatible with Apple CarPlay, Android Auto and 4G.

And, because it's a Volvo and they don't want anyone to be killed or seriously injured in a new Volvo car, the new V60 gets stuff like City Safety with Autobrake technology, claimed to be the only system on the market to recognise pedestrians, cyclists and large animals. The tech has been improved further to engage auto braking to mitigate oncoming collisions, and also includes Pilot Assist system which supports the driver with steering, acceleration and braking, Run-off Road Mitigation, Oncoming Lane Mitigation, optional Cross Traffic Alert and other steering assistance systems.

Though chances of it coming to India are slim, we expect it to happen next year at best and at around Rs 60 lakh. But don't be disappointed. While the V60 may not be for india, there is something right around the corner - the S60. Essentially a scaled down S90, It will debut in Carolina in a few months and should make for a good rival to the entry level Germans like the Mercedes-Benz C-Class, BMW 3 Series and the Audi A4.