Will This Daihatsu Rocky Shown At Tokyo Become The Toyota Rise Compact SUV For India? 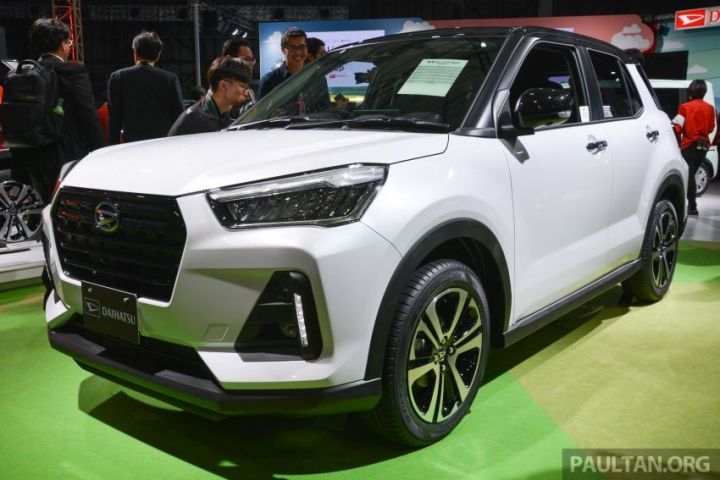 We were hoping that Toyota would unveil the Rise sub-compact SUV at the 2019 Tokyo Motor Show. While the Japanese carmaker did unveil a host of concepts and production cars, the Rise wasn't one of them. But we know that the Rise will be a badge engineered version of the Daihatsu Rocky and it seems like Daihatsu has in fact showcased the new Rocky at the ongoing Tokyo Motor Show. The Rocky is a handsome sub-compact SUV that borrows various design cues from the DN Trec concept. But will this SUV find its way into India as the Toyota Rise?

Starting with technical details, the SUV weighs in at 980kg, is 3995mm long, 1695mm wide, sits 1620mm high.  It also comes with a wheelbase of 2525 mm. Looking at its dimensions, the Rise/Rocky is similar in length to the Hyundai Venue but sits higher. The SUV looks fairly fresh with a large grille and sharp headlamps. The side profile looks smart with the rear windshield extending to both sides.

The rear end features a design similar to the concept with interconnected tail lamps. The cabin of the SUV looks upmarket with a clean design, silver inserts and a floating touchscreen and aircon vents that are slightly tilted towards the driver.

Under the hood is a 996cc petrol engine that’s capable of producing 98PS of power and 140Nm of torque paired with a CVT. The Rocky is based on the Daihatsu New Global Architecture (DNGA) platform that is aimed at developing markets. The DN Trec Concept on which it is based on was first showcased at the 2017 Tokyo Motor Show. The Daihatsu SUV that you see here looks similar to the concept, suggesting that this might most likely be the Toyota Rise that could be offered in India.

Considering the joint venture between Toyota and Maruti Suzuki, it’s safe to assume that the India-spec Rise could be powered by the latter’s engine and take on rivals such as the Mahindra XUV300, Hyundai Venue, Ford EcoSport and the Tata Nexon.