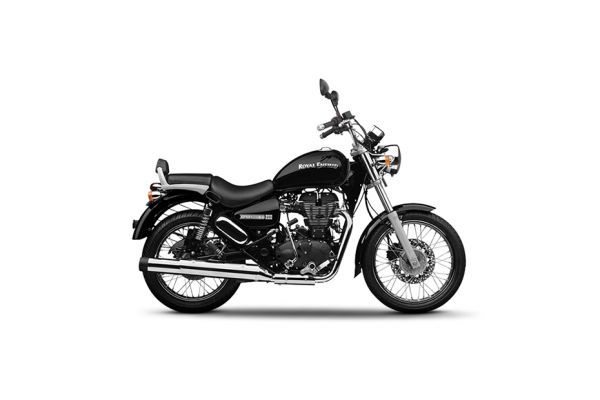 RE's attempt at making a laid back cruiser, now with a bigger engine. It works well, but could do with a better seat design.
Read More

Royal Enfield is all-set to launch a new variant of the Thunderbird 500 cruiser bike. The new motorcycle will be called Royal Enfield Thunderbird 500X and will be a modern take on theclassicallystyled cruiser bike. It will feature cosmetic updates like bright colour shades, blacked out muffler, forks and centre panel along with alloy wheels which will make it the first Royal Enfield bike to get tubeless tyres. The riding posture will also be different as the bike features flat handlebars. The new Thunderbird 500X is likely to be launched in January 2018 with an estimated price of around Rs 2 lakh (ex-showroom). Mechanically the new motorcycle remains similar to the standard Thunderbird 500.

Under the new GST tax structure prices for bikes abobe 350cc has witnessed an increase of one per cent in tax. This has resulted in the Royal Enfield Thunderbird 500 costing Rs 1,200 to R1,600 more depending on the state of purchase.

Royal Enfield has bestowed this motorcycle with a bigger 499cc fuel-injected mill to making it a well-rounded cruiser that is capable of devouring miles of tarmac. It is also loaded to the gills with features like large fuel tank, projector headlight, LED tail-light and disc brakes on both wheels. The Thunderbird 500 puts out 27.2bhp of power at 5,250 rpm and a generous 41.3 Nm of torque at 4,000 rpm.

Despite belonging to different class of motorcycles and sporting different powerplants, the UM Renegade Classic, Royal Enfield Thunderbird 500, and Mojo have quite a lot in common. Which is why we are pitting these three motorcycles against each other to find out which one comes top trumps in a specifications comparison

Royal Enfield's latest flagship model is out, and no it's not a Classic, but the all new Thunderbird 500. But does this retro cruiser have what it takes to bear the Enfield standard high and proud? We spend some long hours in the saddle to find out