Despite the perennial Mumbai rains, the Mahindra Mojo has been a nifty performer on regular office commutes as well as the occasional weekend jaunts out of town 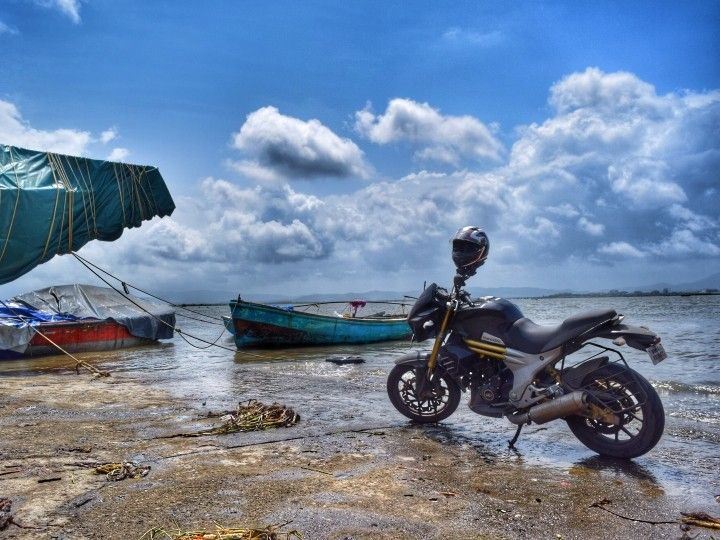 When the time came for my first long-termer at ZigWheels, the Yamaha FZ-S, to go back to its makers after having served its term, I was also ready to move up to something bigger. After almost half a year in Mumbai I have adjusted to the metropolis’ maddening traffic, and have also discovered a few weekend getaways with some pretty fantastic roads leading to them. So it was with great excitement that I lunged for the keys to the Mojo when Arun tossed it up one Monday during lunch, after having ridden it to his heart’s content to Goa and back over a long weekend.

To be frank, I wasn’t very enamoured with the Mojo when it first came out. Even as someone who places little premium on looks, the Mojo’s appearance was a bit… unconventional for my tastes. But, over the course of the last one month, she has come to grow on me a lot, and her virtues have come shining to the fore, especially now that the rain gods have started paying attention to this parched state.

Without a doubt, the highlight of the Mojo has to be its engine. It is supremely refined and has a strong mid-range that makes it just perfect for cruising, exactly how its makers intended the bike to be. This 295cc mill also has no business sounding the way it does, a rorty growl that can send chills up many a grown up imported bike’s spine. It also farts, crackles, and pops on the overrun, something that might be responsible for me getting lower average fuel efficiency (26 kmpl) than my peers, since I keep revving it just to hear that addictive snarl. It is also a comfy place to be in for long jaunts.

The only downside here is the unwieldy and front-heavy nature of the Mojo that makes it a chore to manoeuvre in slow-moving traffic. On the occasions that I was riding two-up, the pillion seat has proved to be somewhat small and uncomfortable over long distances. Rainwater had also seeped into the instrument console, but Mahindra was generous enough to replace it – and the front brake callipers -- with a whole new unit, so there.