The Mahindra Gusto has been with us for little over a month and we have already clocked over 1,500km on the odo. We tell you how the ride has been so far. 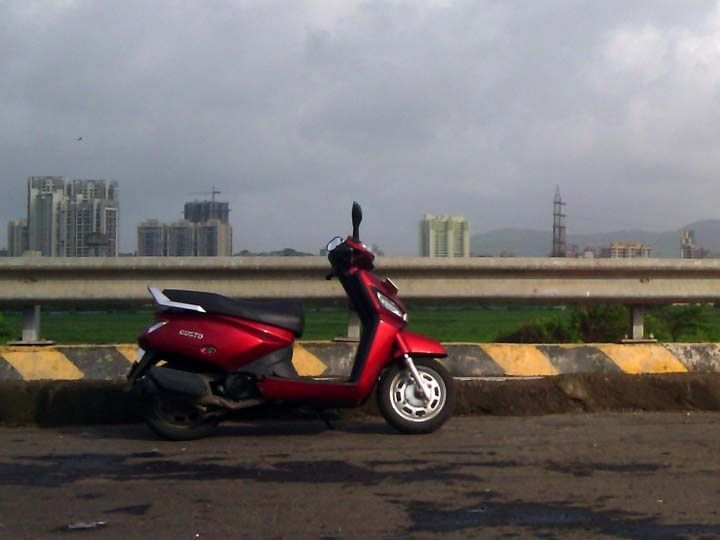 When the TVS Apache RTR 180 ABS exited the ZigWheels long term fleet a few months back, I was hoping to get my hands on a scooter. And that, mainly for the practicality they have on offer. In came the Mahindra Gusto.

What you notice about the Gusto at first glance is something that sets it apart in the crowded 110cc scooter segment. Its overall design isn’t similar to any of the scooter offerings on sale. Mahindra has given the Gusto a boxy overall look which makes it look fairly bigger than the competition. However this design might not suit every scooter buyer’s taste.

Two features that really deserve a mention here is the segment first height adjustable seat and the small spring-loaded storage space under the centre console. Now that might not seem like much, but when making that quick dash to the market, it serves well to keep small knick-knacks.

For the Gusto, Mahindra has developed 110cc motor that they call M-TEC, and it makes 8.2PS and 9Nm. Now, as opposed to the other scooters in its class the Gusto feels a bit sluggish to get off the line and one of the prime reasons for that is its weight. The Gusto tips the scale at 120kg which is at least 10kg heavier than any of the scooters in its class.

As far as efficiency is concerned, the Gusto has been returning 41.8kmpl. Keeping in mind that a majority of 1,500km clocked I have covered has either been on busy city streets with stop-and-go traffic or on the highway where I could easily maintain speeds of 60kmph.

Talking about riding on the highway, the brakes of the Gusto have been feeling a bit spongy off late. However the scooter is now due for a service and the issue should be fixed once it comes back.