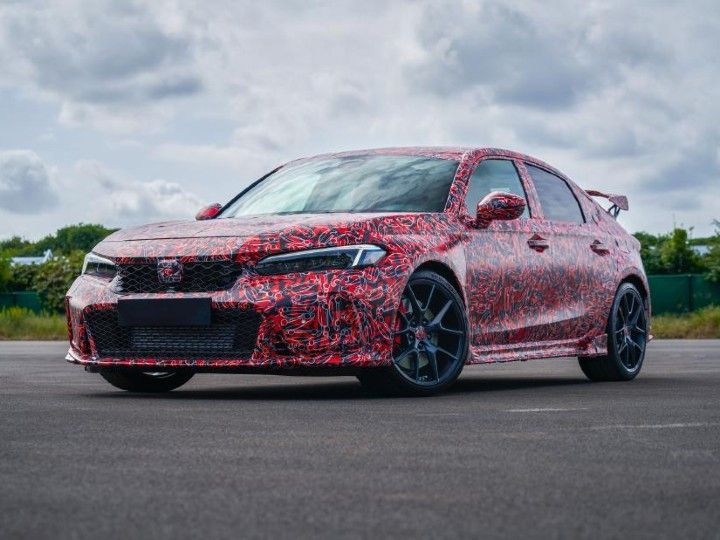 Back in June this year, Honda had taken the wraps off the 11th-gen Civic in hatchback form. And now, the carmaker has also teased the next iteration of its hardcore Type-R  trim, which it will test it out at the legendary Nurburgring Nordschleife circuit in Germany.

While the new Civic Type-R was wrapped in heavy camo, there were a raft of noticeable changes. For starters, the Type-R has gotten a cleaner silhouette like the standard model and has gotten rid of the unnecessary clutter from its predecessor. Of course, being a performance-focused trim, it looks more aggressive than the standard model, thanks to a larger and lower air intake, and a beefier front grille with a honeycomb mesh.

Its rear wing also sits a bit higher and gets a flatter design than before. It does retain the central triple exhaust setup like its predecessor, though the middle tip is now larger. Other highlights include chunky black alloy wheels, and red brake calipers.

While Honda hasn’t revealed any technical details, we expect the new Type-R’s engine to be a step above the current model’s turbocharged 2-litre petrol which sends 320PS and 400Nm to the front wheels. Paired to a 6-speed manual transmission with a limited slip differential, it can do the 0-100kmph sprint in 5.8 seconds, and tops out at just over 270kmph.

Honda will debut the next-gen Civic Type-R in 2022. Since Honda is testing the upcoming hot hatch at the Nurburgring, it's already got the current model’s 7:43.8-minute lap time as a benchmark. That said, it's still 3.7 seconds off the all-time front-wheel-drive production car record of 7:40.100 minutes set by the Renault Megane R.S. Trophy-R at the 20.6km circuit in May 2019.