The Toyota bZ4X Has An On-board Solar Charging System!

Unveiled at Auto Shanghai 2021, the bZ4X is Toyota’s first electric vehicle in the bZ series 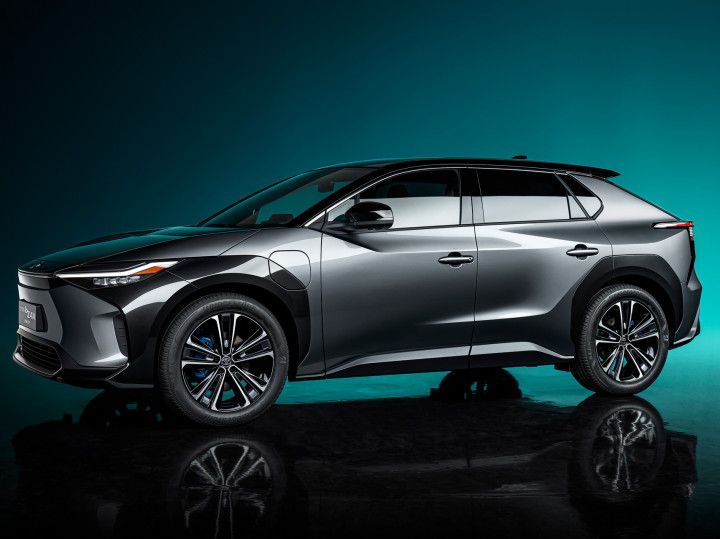 Toyota has unveiled the bZ4X electric crossover concept at Auto Shanghai 2021. It is based on Toyota’s new e-TNGA platform and debuts the carmaker’s bZ series. Toyota has said that 15 more electric vehicles would be introduced by 2025, of which seven will be under its bZ series.

The bZ4X is jointly developed by Toyota and Subaru. While technical details are yet to be revealed, we know that the electric SUV would be an all-wheel drive. Thanks to Subaru being well-versed in AWD vehicles, the b4ZX should boast some incredible all-wheel-drive capabilities on and off the road.

But the bZ4X’s party trick is its on-board solar charging system, allowing the vehicle (when stationary) to recharge using sunlight. While the efficacy of this tech is yet to be verified, it is certainly a boon for countries with poor charging infrastructure.

The bZ4X is full of sharp creases and curves, especially along the side. The sleek grille is flanked by a pair of swept-back LED headlamps, while the aggressive cuts in the bumper lend the crossover a menacing look up front. While the black plastic cladding gives it a swashbuckling appearance, the raked C-pillar (with the muscular haunch above the rear wheels) makes it more of an SUV-coupe. Topping off the design are the connected tail lamps and an angular rear end.

The interior seems production-ready with a low-slung dashboard for a better view ahead. The overall design is minimalistic. There’s a large touchscreen infotainment system with controls placed below it. The joystick-like selector for the gears seems to be straight out of a gaming console, while the yoke-like steering wheel and digital dial housing take inspiration from a fighter jet.

The bZ4X will be produced in Japan and China and will launch by early-2022. The carmaker has confirmed the model would be sold worldwide, so we are keeping our fingers crossed and hoping it does make it to India.