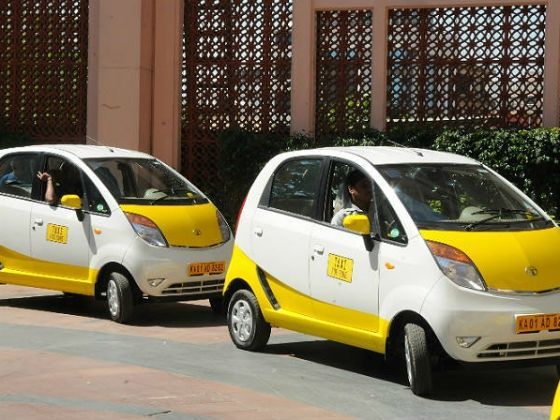 Cab service provider, TaxiforSure has added the Tata Nano to its fleet of cabs. TaxiforSure is currently operational in 26 cities across India. However, NanoCabs will be exclusive to the city of Bengaluru for now, and the services of the same have begun from the first week of December.

The NanoCab can be booked through the company’s mobile app – TaxiforSure. The company claims that NanoCabs will be cheaper than hiring an auto-rickshaw. It states that an average auto-rickshaw fare in Bengaluru costs Rs 25 for the first 1.9km and Rs 13/km after that. According to TaxiforSure, the NanoCabs, will cost customers just Rs 25 for the first 2km and Rs 10 for every kilometre traversed after that.

TaxiforSure has further announced that the NanoCab service will be available 24x7 and at no varying tariff with respect to time.

Initially, a total of 100 NanoCabs all of which are on lease are being commissioned in Bengaluru. The cab service provider plans to add more NanoCabs to its fleet once the demand rises. The company also plans to extend its services to other metros.