Tata Motors will launch a premium hatchback, new SUV and MUV by 2017 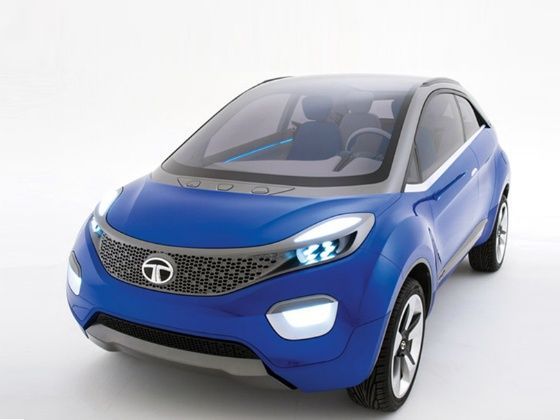 
Yesterday, we brought you news about a new project called ‘Kite’ that has been ongoing at Tata Motors. Although we initially believed that the ‘Kite’ project would be a completely new car that would slot in between the 15-year-old Indica and Tata Nano, new information trickling out of Tata Motors now suggests the ‘Kite’ project will in fact be the replacements for the aging Indica and Indigo CS platforms.

That said, in most likelihood, the aging Indica and Indigo CS will continue to do duty for atleast a few more years, catering mainly to the Tier 2 and Tier 3 cities. The Indica and Indigo CS will also be targeted towards private and state run taxi services instead of the private customer Tata wishes to target as of now. Coming back to the ‘Kite’ project though, the project is set to encompass both the new replacement for the Indica hatchback and the Indigo CS compact sedan.

The other news to come out of our sources at Tata Motors is about an all-new hatchback platform, which will also spawn the next generation of slightly larger sedans than the current Manza. This new bigger and more luxurious hatchback is set to go up against the likes of the Volkswagen Polo, the upcoming Honda Jazz and Hyundai i20 and will be more expensive than the soon to be launched Tata Bolt. This new car, currently under design and development stage is set for launch in late 2016 or early 2017 after a possible 2016 Indian Auto Expo unveil. The new hatchback is also stated to get a new generation of turbocharged petrol and diesel engines mated to both manual and AMT gearboxes.

The third, and most important new launch in the near future will be Tata’s all new UV platform. The new platform will spawn an MPV to combat the likes of the Maruti-Suzuki Ertiga, The Datsun Go and the Honda Mobilio; and a compact SUV to take on the likes of the Ford Ecosport, the Renault Duster and Mahindra’s upcoming new compact SUV. This new platform, on which the two concepts will be based will too be possibly unveiled in 2016 with production to commence soon after.

What Tata motors really needs to concentrate on, apart from a sheer exterior and interior design and quality aspect, is also the way they portray these vehicles to the public. Tata also needs to ensure lowest possible kerb weights in order to extract maximum performance from these new platforms. The days of a near 2000kg SUV are long gone, and with the likes of the Duster weighing in under 1200kgs, Tata seriously needs to reconsider their overall packaging and production techniques. Tata also needs to concentrate heavily on bringing the diesel-AMT package to the masses at prices cheaper than their competitors if they want to be taken seriously in the long run.