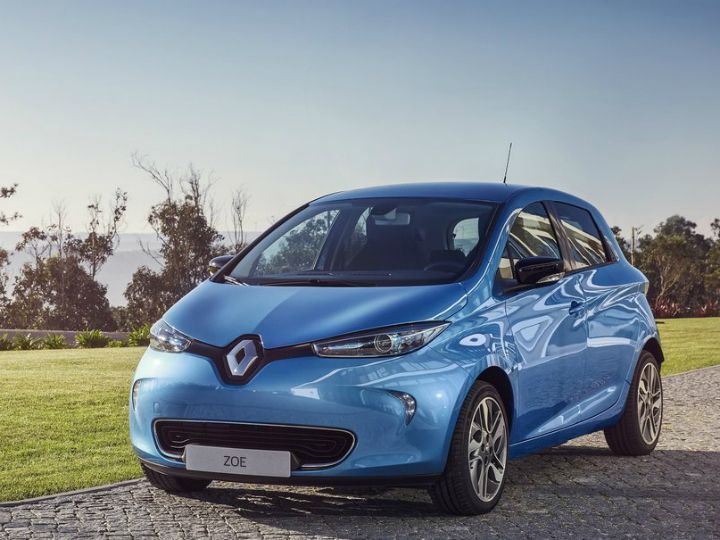 Renault is one of the leading manufacturers of electric cars in the world and it showcased its might in electric technology in Hall No. 5 at the Auto Expo 2018. Among the big boys, like the Volkswagen e-Golf, e-UP and BMW i3, the small Zoe hatchback stands out.

The Zoe is the highest-selling EV in Europe, and it’s easy to see why; even with a smaller 22kWh battery, which gives the car a 240km range, the Zoe is a great alternative to petrol/diesel-powered city cars. The comparatively low cost of Rs 11 lakh makes it even more attractive. In India, the Zoe is likely to be the first all-electric car from Renault but the final decision on that depends on a number of factors with a big factor being charging infrastructure and to some extent government policy

In terms of exterior design, the Zoe looks a bit different when compared to its other stablemates. However, that’s not a bad thing at all, as the Zoe looks cute. The front fascia is dominated by slim headlights with projector lamps, curved LED DRLs, and a very small air dam.

While the Zoe may look compact from the front, the side profile shows how big it actually is. The Zoe is 4084mm long, 1730mm wide, 1562mm tall and has a wheelbase of 2588mm, which makes it bigger than hatchbacks like the Hyundai i20, the Toyota Etios Liva, etc. The rear door handle is neatly hidden away beside the C-pillar, giving the Zoe a two-door coupe-like look. On the whole, the cab-forward design gives the car a dynamic look from the side.

At the back, the highlights include compact clear-lens tail lamps with boomerang shaped brake lights. The rear windshield curves around the rear pillars and gives the Zoe a wide look from the back. Of course, there is no tailpipe coming from under the rear bumper.

The interior design may feel familiar to those who have sat in modern Renault products like the Kwid and the Captur, especially because of the design of the large touchscreen infotainment system and the A/C control panel. A blue-highlight theme gives the otherwise simple cabin of the Zoe a slight shot of premiumness. Top-end models get premium leather upholstery, a Bose surround sound system and rear parking camera for added convenience.

Renault has also showcased what the Zoe could be if it was given to people who crave power all the time! While the bodyshell of the Renault Zoe e-Sport Concept may be similar to the standard Zoe, it has received design updates which bring it closer to the Renault e.Dams Formula E race car, including the matte blue colour and yellow highlights all around. Other race car like features on the Zoe e-Sport Concept include larger intakes on the front bumper, cooling ducts placed ahead of the rear wheel arches, a large roof-mounted spoiler and a large diffuser at the back. Two electric motors provide a combined maximum power of 462PS and peak torque of 640Nm! The diminutive all-electric hatchback can go from 0-100kmph in 3.2-seconds and hit a top speed of 210kmph.