The Ciaz Hybrid comes with an automatic start/stop system that increases mileage to 28.09kmpl. It is classified as a mild hybrid. The mild Hybrid Ciaz is now the most efficient production car in the Country (if you leave out the all-electric e2o). 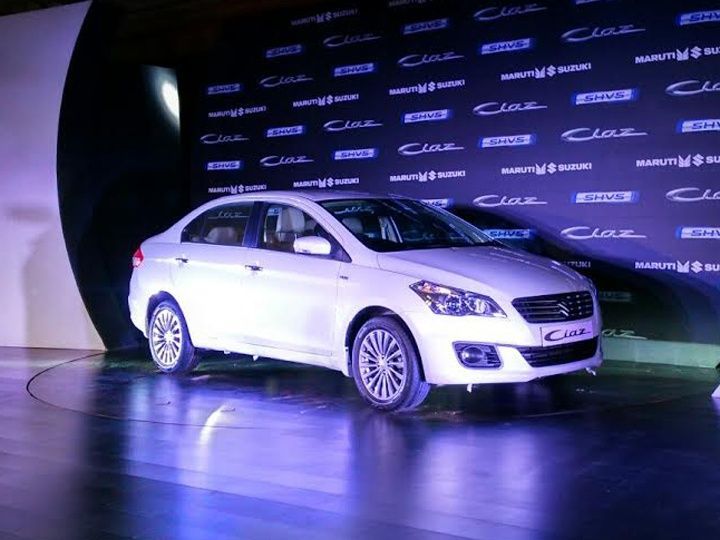 Maruti Suzuki has launched the Ciaz SHVS hybrid at a starting price of Rs 8.23 lakh. It comes with an ARAI certified mileage figure of 28.09kmpl, a little higher than the diesel Ciaz. The mild Hybrid Ciaz is now the most efficient production car in the Country (if you leave out the all-electric e2o).

The mild Hybrid Ciaz essentially uses automatic start-stop technology to turn off the engine when the car is stationary at stop-lights or otherwise for over a few seconds. Don’t expect major economy gains over the diesel Ciaz although you will save a bit of fuel when driving through peak traffic when there is a large likelihood of frequent stops along the route. When such a system is fitted to a car, it is essential to run peripheral functions that depend on the engine for their functioning. The Ciaz SHVS will come with Deceleration Energy Regeneration system that sends wasted energy into a electrical system for storage. This system takes load off the alternator which improves fuel economy over a period of time.

Only the diesel Ciaz is expected to get the SHVS treatment. The government now offers incentives on cars with any kind of hybrid system manufactured in India and the level of the incentive is measured by the extent of fuel saving. In case of the Ciaz, if all it features is a stop-start system with efficiency gains of less than 10 percent, it gets the smallest Rs 13,000 incentive.  Excise duty has also been reduced from 24 per cent to 12.5 per cent on the Hybrid Ciaz.

This hybrid start/stop system is made available with the diesel 1.3-litre motor that already powers the Ciaz. There are no performance gains however as the hybrid system doesn’t assist on the performance front.