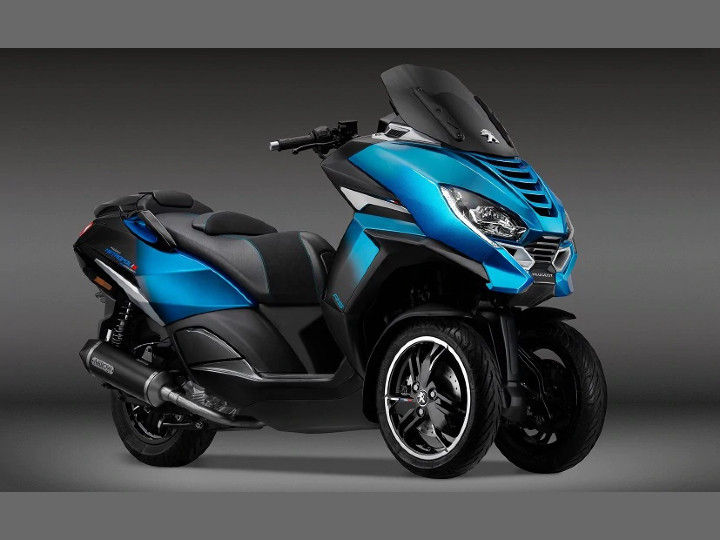 Mahindra may not have a lot going for it in the Indian two-wheeler market, but via its subsidiary Peugeot Motorcycles, it aims to strengthen its position in the European market. The latest step in these efforts is the launch of the Metropolis three-wheeled maxi-scooter in Peugeot’s home nation of France.

Three-wheelers are pretty odd by nature anyway, and this Metropolis takes things to another level. It’s pretty massive in terms of appearance, but we’re not sure if it’s attractive. The big grille up front, the two nostrils and the large screen give it an oddball look that’s sure to polarise buyers. The front wheels are pretty gopping as well. Credit where it’s due, the seats do look pretty roomy and supportive, with the rider even getting his own little backrest.

Power comes from a Euro 5-compliant liquid-cooled 399cc single-cylinder motor that produces 35.6PS and 38.1Nm. This is higher than the KTM 390 Duke’s torque figure, but the Metropolis needs it, because at 280kg kerb, it’s as heavy as some Harley-Davidsons. With close to 50-litres of storage space and a 13-litre fuel-tank, it’s quite a lot more practical than most Harleys, though. The Metropolis rolls on a pair of 13-inch wheels up front and a 14-inch unit at the rear, and stopping power comes from twin 230mm discs up front assisted by a single 240mm disc at the rear. Dual-channel ABS is standard and in case you were wondering, yes, it does lean like a conventional two-wheeler.

Even if you are a fan of the design, you’re unlikely to be able to buy this scooter in India anytime soon, because at 9,699 Euros (Rs 8.44 lakh) in France, it’s quite an expensive proposition indeed. And despite the fact that Mahindra owns the company, the Metropolis is unlikely to come to our shores, partly because of the price, partly because of the lack of demand as a result of the perception issue that three-wheelers face in our country.