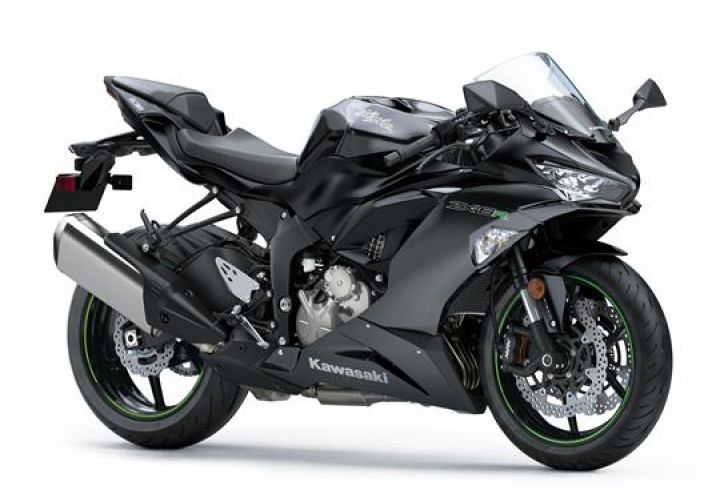 In recent years, the 600cc supersport segment hasn’t seen much activity, with manufacturers like Ducati and MV Agusta moving on to higher displacement with their Panigale 959 and F3 800 respectively. Bikemakers from Japan, though, have chosen to stick close to the 600cc mark and refine their products instead. This year will be no different with Kawasaki updating the 2019 Ninja ZX-6R with upgrades focussed mainly on the electronics.

While the overall silhouette remains the same, the 2019 Kawasaki Ninja ZX-6R’s new front cowl and tail section gets more aggressive lines. The twin headlamps get a revised design, and now feature LED lighting, just like the tail lamp. Kawasaki has given the exhaust a new finish and the windscreen is new as well. Track-centric updates include a shorter front seat that’s narrower at the front, new heel guard and an adjustable brake lever.

The 636cc in-line four-cylinder motor gets updates to clear Euro 4 emission norms. These include a larger airbox, new fuel injectors, variable-size intake funnels for better low- to mid-range power and a molybdenum coating on piston skirts for reduced friction. While Kawasaki has not disclosed power figures yet, we expect it to be on par with the outgoing 2019 Ninja ZX-6X that made around 120PS. The 6-speed gearbox gets a shorter final gear ratio for improved acceleration. It also gets a quickshifter as standard fitment.

Other updates include new Bridgestone Battlax Hypersport S22 tyres, an upgrade from the previous S20s.

While the Kawasaki ZX-6R was reportedly seen undergoing tests in India, it is the 2018 model that is expected to come here. The 2019 model may follow next year. Interestingly, with the new upgrades, the new ZX-6R also sees a drop in price. The new bike is priced at USD 10,999 (Rs 8.11 lakh), which is lower than the outgoing model. So, if launched here, we can also expect a similar revision. Stay tuned for more updates.