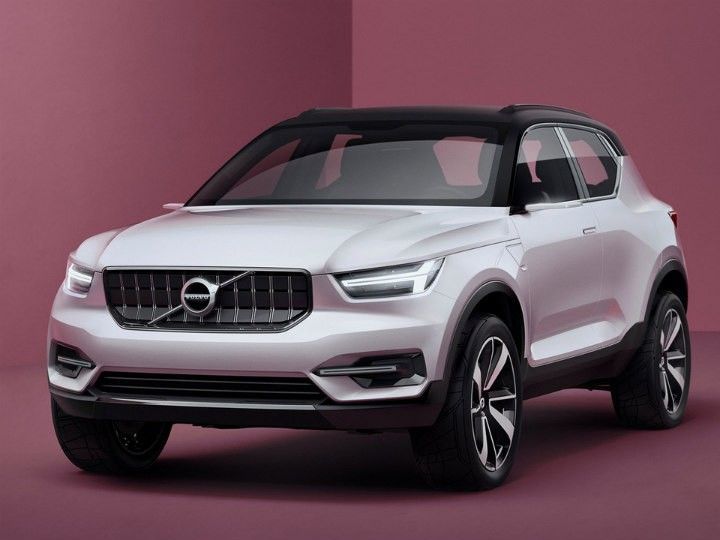 After a long spree of teasers the Swedish luxury car manufacturer, Volvo, has finally revealed its two compact car concepts, named the 40.1, and the 40.2. Both these 40 series vehicles preview the manufacturer’s first ever compact cars, meant for the masses. The unveil took place at the company's headquarters situated in Gothenburg, Sweden.

The 40.1 concept previews the compact crossover, most likely to be called as XC40, while the 40.2 could be badged after the long-discontinued S40 sedan. Both the cars are underpinned by Volvo’s Compact Modular Architecture (CMA), which will be used henceforth for all its future small cars.

As expected from the teaser images, the cars look outstanding, especially compared to what Volvo has offered so far. However, the concepts do share similarities with the latest generation of Volvos, as the 40.1 concept seems inspired from the XC90 SUV, while the 40.2 carries a few cues from the upcoming S90 sedan. Still, both are a lot more aggressive than any routine Volvo.

The major design highlights include the ‘Thor’s Hammer’ daytime-running LEDs, the signature grille which is sloped inwards a bit more to accentuate the sporty appeal of the two cars.  The 40.1 features a black roof, sleek body cladding, raked front and rear windscreens, an upward kink on the window line and the L-shaped taillamps- reminiscent of a Volvo SUV. The 40.2, on the other hand, carries the baton for the sedan lineup with its C-shaped tail lamps and coupe-ish rear end. Though it still looks the part with a little raised up stance, minimalist body cladding, a futuristic front bumper layout and the DRL that merge into the grille.

Both the concepts are powered by the T5 Twin Engine motor, which is essentially a plug-in hybrid power source. This combination will surely ensure enhanced mileage figures.

As far as the production is concerned, these two could make it to reality by the end of 2017 and the real version might remain largely the same as these concepts. India? Yes, they will be launched here as well, though we expect them to make it here soon after their global debut, just like the XC90 did.