Facelifted Tata Xenon to be launched during festive season 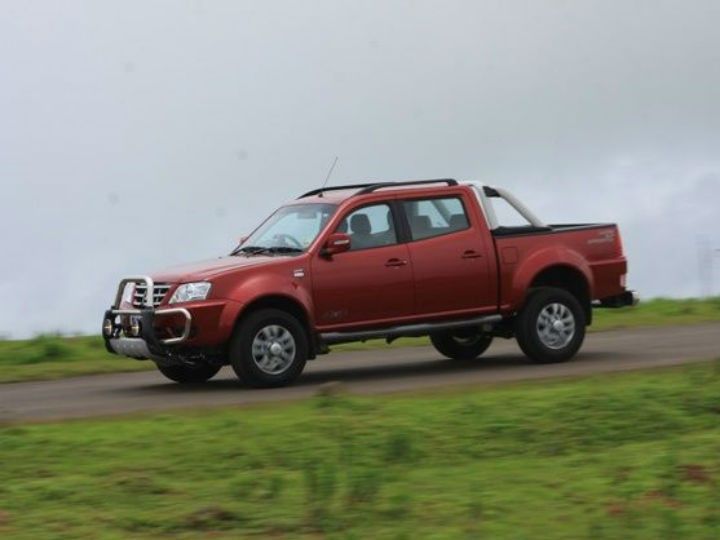 Introduced in 2009, it has been a while since the Xenon XT pick-up has received an update. Tata is said to be working on a minor update that will be seen in all its variants. Currently, the Xenon is sold in 3 variants – the XT as an urban lifestyle pick-up, single cab, and twin cab trims for commercial use.

While Tata hasn’t revealed any details about the updated engine on this facelifted Xenon, it is expected to come with a revised version of the current powertrains. Currently, the Xenon in its urban lifestyle avatar comes with the more refined 2.2-litre DiCOR mill that pumps out 138 horses and 320Nm. The two commercial variants, on the other hand, are fitted with a 3.0-litre common rail engine, which in the single cab form churns out 73PS of power and 223Nm, and in the twin cab form makes 116PS and 300Nm. Expect the updated engine to make slightly more power and torque. Aside from the changes in the output, the Tata Xenon is also expected to receive minor cosmetic updates and a longer list of features.

The facelifted Tata Xenon will be priced marginally higher than the current model. The base variant of the Xenon XT is currently priced at Rs 10 lakh while the top-end trim with the 4x4 option carries a sticker price of Rs 11 lakh. The Xenon DiCOR pick-ups start at Rs 6.3 lakh (all prices ex-showroom Delhi).