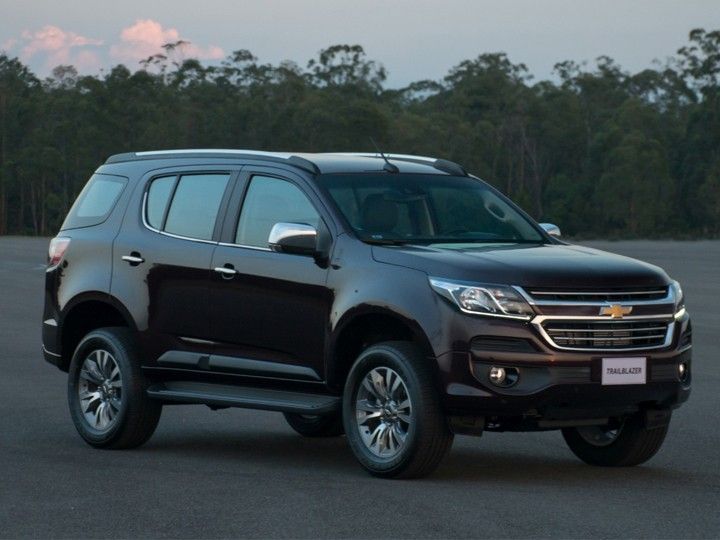 American car maker Chevrolet has not quite enjoyed the success as some of its competitors, and its products have only managed to garner a lukewarm response. Its SUVs like the Captiva and the recently launched Trailblazer have enjoyed some success though, appealing to buyers wanting big, burly SUVs. What’s even more interesting for such buyers is that Chevrolet has just unveiled the production version of its facelifted Trailblazer in Brazil, after showcasing the concept version at the Bangkok Motor Show in March.

In terms of design, the revised front end looks a lot more impressive thanks to the redesigned headlights, which now get a set of DRLs too. The radiator grille is split at the centre by a wide band that houses the Chevy bow tie. The front end also gets a lot of chrome garnish to add to the premium look. The rear looks a lot like the current Trailblazer though, with barely any changes. The Trailblazer has been known for its mammoth design and the same ideology has been carried forward for this facelift.

Chevrolet has also reworked the interiors by using better quality materials to offer a more premium feel to occupants. The LTZ variant will be the flagship in Brazil, and will get an 8-inch touchscreen infotainment system with Chevrolet’s MyLink technology that comes with Apple CarPlay and Android Auto both.

Two engines options will be launched for the Brazilian market, a 2.8-litre Duramax diesel engine producing 200PS along with a massive 500Nm of torque and a 3.6-litre V6 petrol engine that produces 283PS of power and 357Nm of torque. Both engines will come mated to a six-speed automatic gearbox.

Chevrolet launched the Trailblazer in India last year at Rs 26.4 lakh (ex-showroom Delhi) and the first batch of the same was sold out within a few months. We can thus expect Chevrolet to launch the facelifted Trailblazer in India soon considering how much better the new one looks and feels. And when it does, the refreshed Trailblazer should offer a bigger challenge to the upcoming (all-new) Toyota Fortuner and the recently launched all-new Ford Endeavour.