The Aprilia Terra 250 has been spotted in China 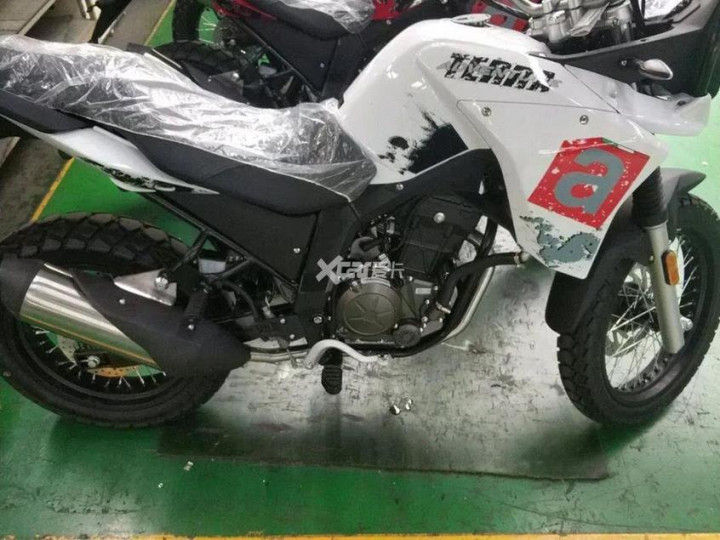 The Aprilia Terra 250 has been spotted in China. Reportedly spied at a factory, the bike is said to be powered by the same single-cylinder engine as the Aprilia GPR250 and the CFMoto 250NK. Interestingly, Aprilia already offers the Terra 150 in China, armed with a 150cc single-cylinder liquid-cooled engine. However, due to its high asking price, it is not very popular. Now with the upcoming Terra 250, Aprilia and its Chinese partner Zongshen intend to turn their fortunes around.

In the CFMoto 250 NK, the engine churns out 26.5PS and 22Nm. But Aprilia being a premium brand associated with all things performance-oriented, expect the Terra 250 to have a sportier state of tune.

It appears to be capable of handling diverse terrain thanks to the split cradle frame suspended on long travel telescopic front fork, rear monoshock, spoke wheels (18-inch up front and 17-inch unit at the rear) shod with block pattern tyres. The swingarm is a box-section unit, which should help in keeping the costs competitive. Brakes include disc on both ends but it remains to be seen whether it has ABS or not. The motorcycle spied is reported to be the standard version but there may be a more hardcore Adventure variant with longer travel suspension and a larger 21-inch front spoke wheel.

In the Indian market, the 300cc space has been witnessing quite some action in recent years. Moreover, Aprilia had also earlier confirmed that it is moving away from the 150cc category and will be competing in the 250-300cc segment. So, if Aprilia were to bring an ADV to our shores, it would most likely be in the 300cc segment. The India-bound Aprilia Terra 300 could share its single-cylinder powertrain with the CFMoto 300NK, albeit in a sportier state of tune. In the Chinese naked, the engine churns out 28PS and 25Nm.

If Aprilia manages to launch the bike in India, it could command a price tag of around Rs 2 lakh for the standard version and Rs 2.3 lakh for the Adventure variant, both ex-showroom. The nearest rival in that price bracket will be the Royal Enfield Himalayan BS6.