The Wonderful World Of Yamaha: Part 1

This company sure has its fingers in a lot of pies 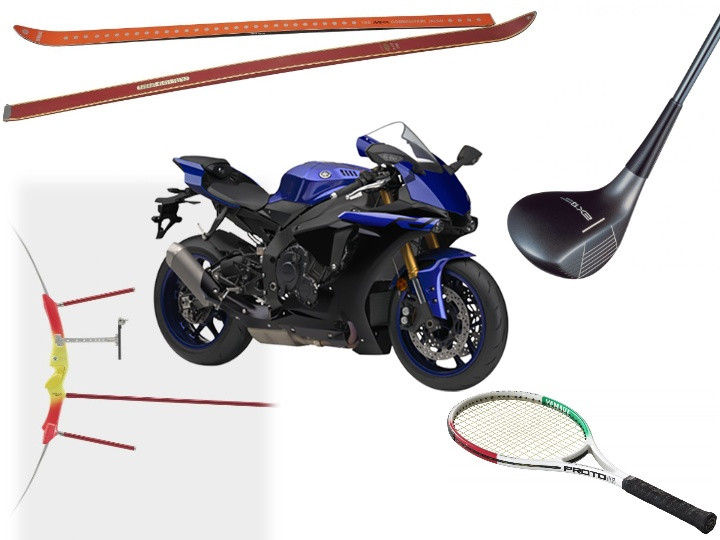 There’s a lot to be depressed about right now, but if you know where to look, there’s quite a lot to be happy about too. The ongoing COVID-19 pandemic, ugly as it may be, is also bringing out the best in us in a lot of ways. Auto manufacturers are diversifying into healthcare and medical equipment - Ferrari just released an open-source ventilator that it helped develop, and Yamaha is producing face shields and 500-litres of sterilizing detergent a day back in Japan. But long before the world had ever heard the word coronavirus, Yamaha already had its fingers in a lot of pies. Over the course of a couple of articles, we’re going to try and touch upon everything that Yamaha is currently involved in or has been involved in, in the past.

Yes, of course we all know that Yamaha makes pianos and stuff, but that’s something we’ll get to in a future article. Today, we’re diving into some of the more whacky undertakings by the Japanese manufacturer. For example, what if I told you that Yamaha helped Olympic athletes win medals?

Back in the first half of the 20th century, skis (yes, the coming down a snowy mountain kind) were largely made from wood and aluminium. The 1950s brought with them the realisation that fibreglass skis could be lighter and therefore easier to turn than their more traditional counterparts. Yamaha had quite a keen interest in FRPs or fibreglass-reinforced plastics at the time, and so in 1961, it rolled out its very first ‘glass skis’ (seen above). Three years later, Yamaha-sponsored athletes won medals at the 1964 Winter Olympics in Innsbruck, and the company continued manufacturing award-winning skis right up until the end of the century.

The company’s expertise in composites may have brought it success in the world of skiing, but the love affair actually started elsewhere. In the late 1950s, the then-President of the company came across bows (not the collar of your shirt kind, the shooting an arrow kind) made from FRP. This intrigued him and he saw great potential for the material in industrial products.

The order was issued, and in 1958, the company began research into FRP. 1961 (the same year that Yamaha introduced its first skis) saw Yamaha begin the manufacturing and export of archery equipment. Since then, six Olympic gold medalists have hit the bullseye using Yamaha bows, along with a barrage of silvers and bronzes.

If you haven’t quite figured it out yet, the Iwata-based manufacturer has a bit of a hard-on for material sciences. Quite fitting, then, that its inaugural EX C-200 golf club (seen above) was the first one in the world to feature a carbon graphite composite in the club head way back in 1982. That set the trend, and Yamaha has continued making class-leading golf clubs ever since.

Needless to say, the brand’s vast research base and knowledge bank with various different materials has paid dividends in its motorcycling business. In the next part of this series, we’ll take a look at Yamaha’s musical instruments and audio equipment, yes, but also its forays into aviation, Formula One, robotics and other interesting domains. So stay tuned. . . .

You can read Part 2 of this series here.