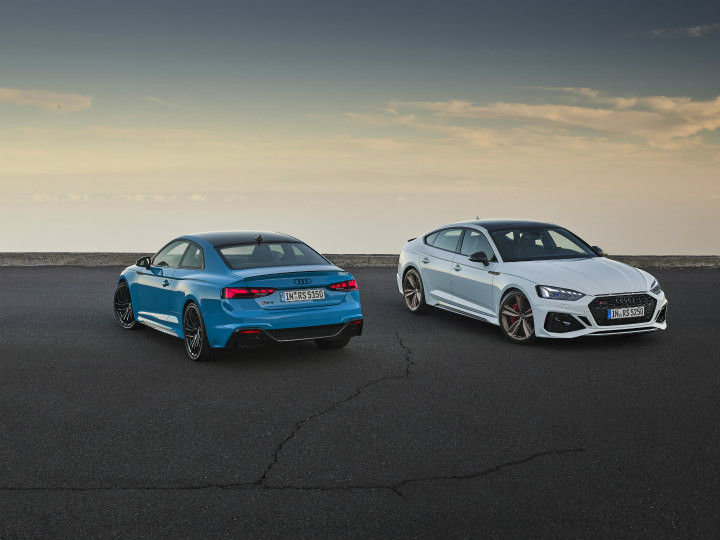 It looks like Audi’s onslaught of RS models is never ending as the Ingolstadt carmaker has just taken the wraps off the refreshed RS5 Coupe and RS5 Sportback. Audi says that the 2020 RS5 facelift is the final update for Audi’s high performance RS range in 2019.

The 2020 Audi RS5 facelift comes with a host of updates to keep things fresh. Let’s have a look at them in detail, shall we?

Cosmetic upgrades in the facelifted RS5 are so subtle that it’s a blink and miss affair. For instance, the front end comes with a slightly wider honeycomb mesh grille while the headlamps are similar to the A5 facelift. The lower bumper comes with less aggressive faux airdams than before. In profile, the refreshed version comes with wider wheel arches for a more aggressive stance while the restyled alloy wheels compliment it further. Moving on to the back, it comes with new LED tail lamps and a sportier rear bumper.

Inside, the basic layout of the dashboard seems familiar to its predecessor. However, the infotainment system loses the swivel wheel and can now only be operated via the touchscreen. Other enhancements include the latest version of Audi’s RS-specific Virtual Cockpit that comes with a revised layout.

Under the hood, the RS5 is continued to be offered with a 2.9-litre V6 engine that develops 450PS of power and 600Nm of torque. Power is sent to all four wheels via an 8-speed automatic gearbox. The RS5 sprints from 0-100kmph in 3.8 seconds and maxes out at 280 kmph. As standard, the RS5 comes equipped with standard RS suspension that’s more stiffer than the A5’s setup. You can also opt for sport differential at the rear axle which distributes power equally.

The facelifted RS5 is set to go on sale in Germany and Europe shortly with prices starting around EUR 83,500 (Rs 65.58 lakh). Considering that Audi imports and sells the RS5 Coupe in India, we expect to see the facelifted model shortly. The Audi RS5 locks horns with the Mercedes-AMG C63S and BMW M3.