The car has featured in two different versions, one as the recognisable orange and the other with a gold paint scheme 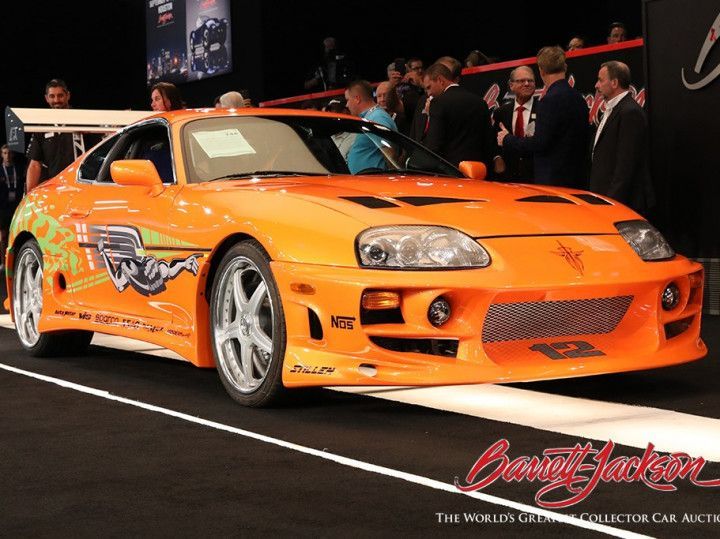 It was a sentimental day for fans of the Fast and Furious franchise as the iconic orange Toyota Supra was auctioned off by Barrett-Jackson in Las Vegas for a whopping USD 550,000 (around Rs 4.08 crore).

The sports car is not just a racing legend but also holds nostalgic value. It was driven by the late actor Paul Walker who played Brian O’Conner in multiple films of the franchise before a tragic accident took his life.

Part of the franchise right from the first instalment, the Supra has made appearances in not one, but two different get-ups. The first is obviously the Lambo-inspired Candy Orange colour scheme with the Nuclear Gladiator decal on the side. The second featured in 2 Fast 2 Furious disguised under a gold paint job. However, that didn’t last too long and the Supra was back in its original orange form.

Make no mistake, this Japanese beast ran on a stock 3.0-litre inline turbocharged engine and a four-speed automatic. Yes, the movie covered that up to make it look like a manual stick to appeal to purists. To add to its race-y looks, the Supra came with an additional body kit featuring a front spoiler, side skirts, a massive rear wing, TRD hood, and 19-inch five-spoke wheels.

While the Supra wasn’t the most expensive sale of the night (thanks to Deadmau5’s McLaren P1), it was definitely the most iconic. It joins a similar model, which was auctioned by Mecum in 2015, for USD 185,000 (around Rs 1.37 crore).