The world's largest auto show is back! 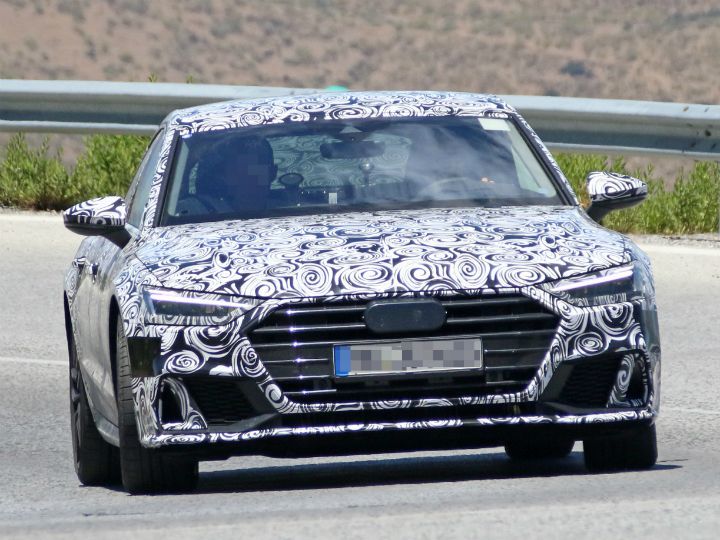 The second generation 4-door coupe is apparently the perfect showcase of Audi's new design and technological direction. Aggressive on the outside, futuristic on the inside and tech-laden all-around, the A7 gives us a better glimpse of Audi's future. Powertrains include 2.0-litre, 4-cylinder and 3.0-cylinder V6 motors along with a plug-in hybrid system.

This is the second of the seven new cars that the British marque promised us last year at the launch of the DB11. To be launched in most markets in 2018, the new Vantage will be a lighter, faster and agiler car than before with power derived from a Mercedes-AMG sourced 4.0-litre twin-turbocharged V8.

Bentley claims this is the most advanced car they have made, yet. A potent 6.0-litre twin-turbocharged W12 has been refreshed while the dynamics have been improved with three-stage air suspension and rear-wheel steering. While it may be sportier, it is as luxurious as a Grand Tourer can be.

BMW's Range Rover competitor has been previewed with a close-to-production concept SUV. The 'i' in the name hints at a hybrid powertrain being used under the hood of this rather controversial looking 6/7-seating flagship SUV. Inside, the concept has a minimalistic but familiar design with a focus on digital connectivity.

A replacement for the California T, the Portofino looks like sinister sportscar out to get the competition. Power and torque from the familiar 3.9-litre, twin-turbo V8 have increased while kerb weight has been reduced. Inside, there are four digital screens (the California had two) and improved acoustics for a quieter ride.

Recommended Read: You better watch out! The Portofonio seems to say

The compact EV market is hotting up in many developed markets and Mercedes wants to cash in on this with its own small car. The EQA Concept previews a hatchback set to be launched by 2020 to take on the likes of the Chevrolet Bolt, Nissan Leaf and the Tesla Model 3.

Recommended Read: Mercedes-Benz is pushing its electric car program to the limit

This is what the future of in-city commuting will be, according to smart. A compact two-seater shared car which is airy, fully-autonomous and encourages interaction with the help of technology. An all electric smart car, the Vision EQ Concept could help cities become cleaner, less congested and more connected.

This is not the 'all-new' Duster we were expecting, but how many of you would have known that unless someone told you? The Dacia Duster now looks brawnier, but that is not just down to the design - the compact-SUV has grown in size. The Duster will get the same engine and drivetrain options as before, which is not exactly a bad thing.

Recommended Read: Not all new, but it certainly looks grown up - the new Duster

The funky little Swift has been given a comprehensive update in March this year and the company has not taken much time in revealing its wilder cousin, the Swift Sport. Based on the same 900kg lighter 'Heartec' platform, the Swift Sport ditches its 1.6-litre naturally-aspirated motor for a smaller, more powerful turbocharged engine. Will it make it to India? Let's hope so!

Recommended Read: The Swift Sport - all the juicy details

Volkswagen has had to shed its rather sedate image for this one. The new T-Roc is funky, compact-but-spacious, highly individualised, tech-savvy SUV/crossover meant to take on stalwarts of the segment around the world. Volkswagen has thrown its might behind the T-Roc, which could only mean good things for us!

Recommended Read: We will T-Roc you, says Volkswagen!