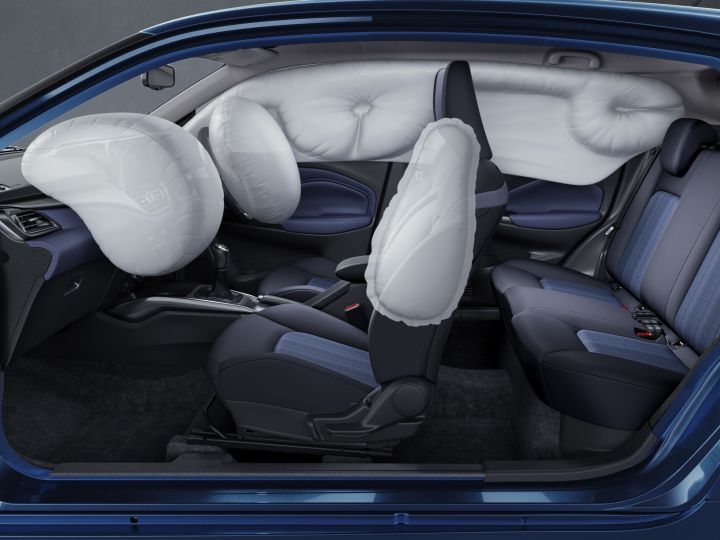 The Union transport minister Nitin Gadkari has said that airbags for rear seat passengers will save lives, and that the government is working to make six airbags mandatory in all new cars.

Proceedings for the new rule will start soon and it will be implemented in October 2022, as announced earlier. Under the new rule, all new cars will have to provide side and curtain airbags as standard across all variants.

Six Airbags to become mandatory for all new cars

In a response to a supplementary question in the Lok Sabha, Gadkari reiterated the importance of airbags for rear passengers, saying that it’ll help to save lives. He also said that an airbag costs just Rs 800, likely referring to the fact that airbags have a relatively low cost per unit for the manufacturer.

The addition of side and curtain airbags, especially for a vehicle not designed for six airbags, requires research, tooling and raw materials and other considerations that add to the cost of the car. As a consumer, you can expect to pay a premium of around Rs 25,000 for the extra four airbags than the current standard dual front. That said, airbags aren’t the only consideration in car safety, and even cars with six airbags have scored sub-par safety ratings in crash tests.

The new rule will make it compulsory for carmakers to offer side and curtain airbags in all cars manufactured from the date of implementation, October 1, 2022.

On a side note, new Bharat NCAP norms are expected to be implemented from April 1, 2023. Bharat NCAP will award safety ratings to cars sold in India based on crash tests performed by government-approved testing centres such as the International Centre for Automtive Technology (ICAT).

The transport minister also acknowledged the rising demand for electric vehicles, saying that electric vehicle chargers are being installed on highways by the National Highway Authority (NHAI). In addition, the government is facilitating the installation of EV chargers in parking lots and office buildings.

He also announced that Indian Oil is developing an aluminium-air battery that offers a driving range of 450km.