Maserati Brings Back The GranTurismo Name With A Twist 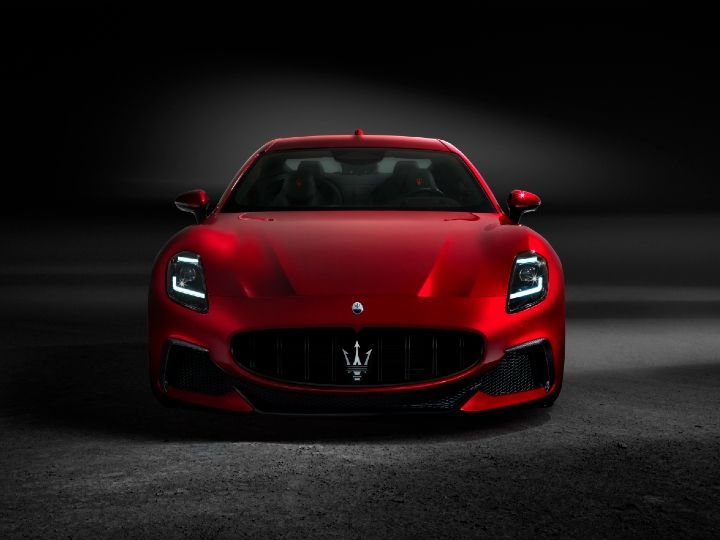 Maserati’s road to renaissance has led to the resurrection of the GranTurismo in an all-electric iteration. Yes, the sonorous V8 is gone, but before petrolheads start lamenting, there are a couple of V6-powered variations as well, and they are no joke. The electric iteration is coined as the Folgore – a trademark name that will be used on all of Maserati’s electric cars in the pipeline.

The design of the new GranTurismo has got all the traits and characteristics of an unmistakable grand tourer. The long bonnet, sloping roofline and the short tail-end give it a hunkered-down look. Styling cues have been borrowed from the MC20, like the headlights and the grille shape that houses the floating Trident logo in-between. The overall design is full of smooth flowing lines that emerge from the hood, going all the way towards the rear. It’s hard not to like it.

At first glance, one might not be able to set the two powertrains (twin-turbo V6 and electric) apart from the outside as there are minimal design revisions to differentiate the two. The changes include revisions to the grille, lower front bumper and of course the deletion of the quad exhaust pipes at the back.

The cabin is still under wraps, but a teaser revealed a dual-tone interior theme and the use of carbon-fibre inside. The GT will be available in a two-plus-two layout and we expect the cabin to pack enough space and gimmicks to keep everyone comfortable and entertained.

Coming to the business end of things, the new GranTurismo branches out into three forms - Modena, Trofeo and Folgore. The latter of the three is the all-electric version that is powered using the help of three electric motors producing 770PS combined. It is based on an 800-volt architecture which is fed using a 92.5kWh battery pack with fast charging compatibility of up to 270kW.

Unlike the usual layout, Maserati has opted for a new approach for placing the battery pack. The traditional method that houses the battery beneath the passengers has been chucked as Maserati’s ‘T-bone’ battery structure is housed with other powertrain components that should translate to better driving dynamics.

The Modena and Trofeo forms of the GranTurismo are equipped with the 3.0-litre twin-turbo V6 engine that debuted in the MC20. The ‘Nettuno’ engine, as Maserati calls it, develops 497PS in the Modena, with the output increasing to 557PS in the Trofeo edition. Irrespective of the powertrain selected, the power is delivered to all four wheels, unlike the outgoing model that was rear-wheel drive only.

Deliveries for the new generation GranTurismo will commence from mid-2023 and Maserati will also present a special ‘PrimaSerie’ 75th Anniversary Launch Edition that commemorates its 75th anniversary. The GranTurismo Folgore is Maserati’s first step towards an-electric lineup, a plan that should be successfully executed by 2030.