It scoots from 0-100kmph in just 3.8 seconds, and more environmentally responsible powertrains will also be available 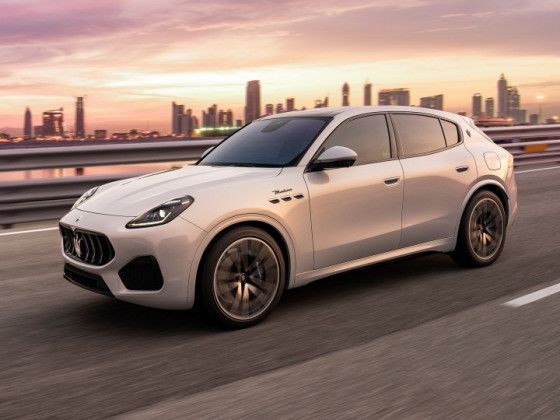 Maserati has taken the wraps off its long-awaited Grecale SUV for global markets. The SUV will be offered with mild-hybrid petrol and V6 petrol powertrains. Sometime in the future, it’ll also get an all-electric Grecale Folgore variant – Maserati’s first electric SUV.

The Grecale is immaculately designed with flowing curves and rounded body panels. It has a sharply designed front end with a grille that’s reminiscent of the Maserati MC20 sportscar. It’ll be available in three variants, and each of them gets a signature paint shade:

The Modena’s paintwork is made up of three layers that light up differently depending on the lighting conditions. Similarly, the Trofeo’s bright yellow shade has blue mica chips.

It may seem like a smaller Levante, but pictures can be deceiving – at 4,846mm the Grecale falls between the Toyota Fortuner and MG Gloster in its length. It beats both SUVs in its width of 2,163mm that’s wider than even the Kia Carnival!

Inside, the Maserati Grecale features a dual-screen layout with a 12.3-inch display for the infotainment system and an 8.8-inch screen below it for HVAC controls. It also features a fully digital driver’s display and another screen for the rear passengers. Even the dash-mounted clock is digital.

You’ll get a Maserati Intelligent Assistant (MIA) that supports Alexa voice commands, and a 3D sound system with 14 or 21 speakers, depending on the variant.

The Grecale will be available with a choice of three powertrains: 300PS mild hybrid petrol, 330PS mild hybrid petrol, and a non-hybrid V6 petrol engine that churns out 530PS of power. The V6-powered Grecale Trofeo takes just 3.8 seconds to reach 100kmph, and reaches a top speed of 285kmph! You can hear its exhaust burbles in the clip below:

For handling, the low-slung SUV has a Vehicle Dynamics Control Module (VDCM) with four driving modes: Comfort, GT, Sport and Off-road. The Trofeo variant gets an additional Corsa mode that’s likely for track use.

The Maserati Grecale will soon be available to buy in multiple European countries, but it could be a while before the SUV gets to our shores. It’ll likely be imported as a completely built unit (CBU), so it could be priced just below the Levante that starts at around Rs 1.49 crore (ex-showroom). It’ll be a rival for the Porsche Macan and BMW X4 SUVs.