The 2020 Datsun redi-GO Gets A Major Revamp 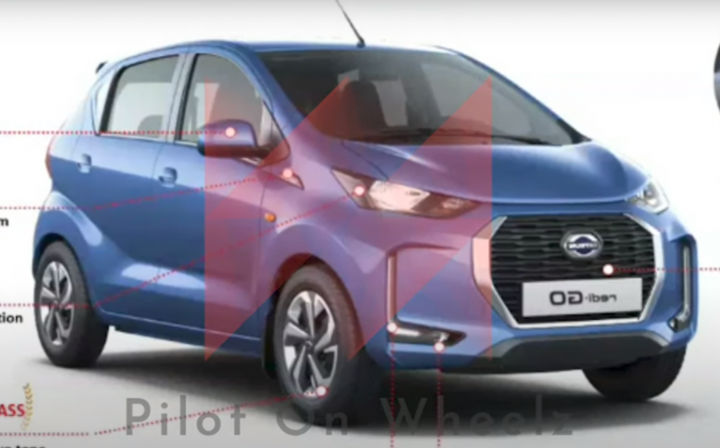 The redi-GO is expected to get an update in the coming days. The facelifted hatchback was spied testing in India with heavy camouflage. It was also teased by the manufacturer a couple of days ago. Thanks to a leaked document, we know how the 2020 redi-GO will look like and what it packs in terms of equipment. Apart from that, we also know that the hatchback is expected to be launched in India on May 15.

There are considerable changes to the styling starting with the slim headlamps with a large grille and  L-shaped DRLs. The changes to the rear are less obvious but you get tweaked tail lamp elements which look upmarket. The side profile remains identical to the outgoing version but you do get a dual-tone wheel cover. Apart from these changes, there are two new colour options on offer (blue and brown), taking the total number to 6.

Changes to the cabin are more pronounced thanks to a new layout and design. The leaked image shows a black/grey cabin with gloss black inserts for the centre console. Unlike the outgoing version, the updated version features a more conventional layout with two aircon vents followed by an 8-inch touchscreen infotainment system. In a way, the centre console design is similar to the new Renault Kwid. The cabin also features some silver bezels on the dashboard, door handles, steering wheel and other areas. The hatchback also features an updated dual-tone instrument cluster as per the leaked images.

Moving on to the equipment on offer, the new  8.0-inch touchscreen infotainment system supports Android Auto and Apple CarPlay compatibility. It also gets a rear view parking camera integration and Bluetooth support. Safety features that have been carried forward include ABS with EBD, driver side airbag and rear parking sensors. The hatchback will also get LED fog lamps, accessory socket with USB and AUX ports, 14-inch steel wheels with dual-tone cover, and passenger airbag. Going by the leaked documents, the redi-GO facelift will be offered in four variants: D, A, T and T(O).

That said, the powertrain options on offer will remain the same as before, albeit with BS6 updates. The 0.8-litre and 1.0-litre petrol engines in their BS4 avatars produced 54PS/72Nm and 68PS/91Nm, respectively. Expect these figures to remain the same for the BS6 versions. Gearbox options such as the 5-speed manual and AMT (for 1.0-litre in T(O) variant) will also be carried forward.

It is safe to expect a premium over the outgoing model as there are plenty of changes along with BS6 powertrain options. As mentioned, the 2020 redi-GO is expected to launch on May 15 with the bookings set to commence the same day. The BS4 version was priced from Rs 2.80 lakh to Rs 4.37 lakh (ex-showroom Delhi). Key rivals include the Renault Kwid, Maruti Alto and the S-Presso.