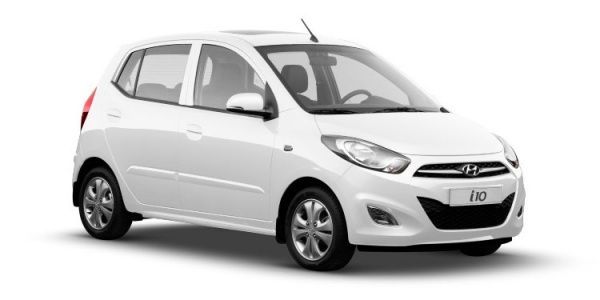 The Hyundai i10 has been a redefining car for the company. This little hatchback showed the world that Hyundai can really deliver on quality, performance and style. The car has won accolades and is a joy to drive. Despite its small exterior, the interiors are rather spacious and can sit 4 adults in reasonable comfort. Mileage and performance are top notch and there is no wondering why this car has done so well in the market. It's truly a brilliant hatchback and not lavishly priced either.
Read More

March 31, 2016 :Marking two decades since it started operations in India, Hyundai Motor India Limited is preparing to roll out special editions of two of its models – Grand i10 and Xcent – this year. Since its inception in India in the year 1996, the Korean carmaker has gone on to become the second largest car manufacturer in India.

Top Competitors of i10

Must Read Questions & Answers Before Buying i10

How does the all-new Tata Tiago compare to its biggest rivals the Maruti Celerio and the Hyundai i10? Well read on to know more...

The Go has ruffled a few feathers with its well-formulated package. But how does it stack up against the Maruti Suzuki Celerio and the Hyundai i10?

Maruti's Celerio slots right between the entry level and the premium hatchback segment. How does is compare to the other hatchbacks straddling this space?