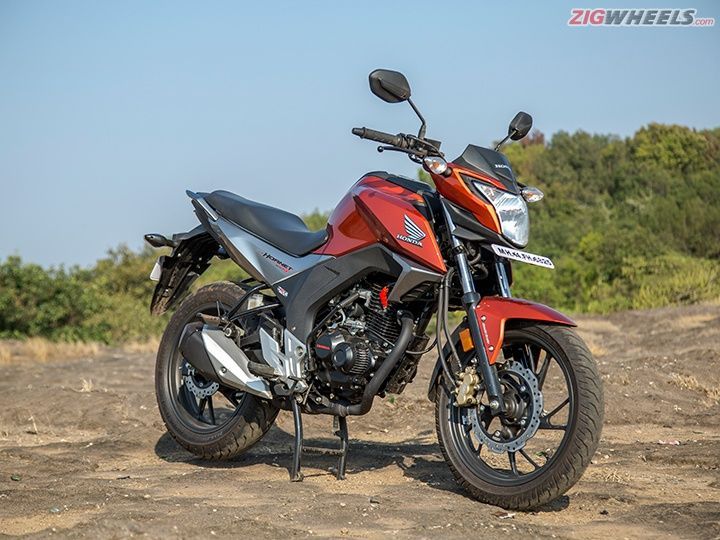 The Honda CB Hornet 160R is the latest entrant in the ZigWheels garage and what a smashing entry the new bike made. After the media ride of the CB Hornet 160R got concluded in Goa, I was given the option of whether flying back or ride back the bike as it was our new longterm motorcycle. Understandably, I chose the latter option and in fact hung around Goa for two more days given the fact it was a weekend. Honda motorcycles have always been conservatively styled for the Indian market with the main purpose being an offering that would appeal to the masses including the mature buyers. But with the new CB Hornet 160R, the Japanese two-wheeler giant wanted to offer something sporty and exciting for young Indian consumers.

I must admit that I love the way the Honda CB Hornet 160R looks with its nicely sculpted lines. The edgy fuel tank design, sharp looking tail section with the X-shaped LED tail lamp and the beefy rear tyre does make the new motorcycle look visually appealing. And as I was riding around Goa lots of curious glances were directed towards the bike. Many tourists especially youngsters loved the styling of the bike and were bombarding me with queries regarding the Hornet 160R wherever I stopped. Despite the fat section rear tyre, the bike was easy to manoeuvre as I explored the back alleys of this beautiful tourist destination.

The engine used on the CB Hornet 160R is exactly the same unit as seen on the Unicorn 160. But the powerplant has been tweaked to extract more juice out of it. The 162.7cc air-cooled motor churns out 15.9PS of max power and peak torque rating of 14.8Nm.But I was disappointed with the real world performance of the bike as on the highway during my journey to Mumbai, I felt the bike was struggling to hold triple digit speeds. As the CB Hornet 160R went about chugging down the miles, the engine became smoother and performance was also improving. Another aspect of the motorcycle that I didn’t like was the hard seats which meant I had to stop forcibly to give my bum some respite. So if you’re planning to go touring on the motorcycle, I will suggest that you add a layer of foam to the saddle. As a motorcycle, the CB Hornet 160R did impress us in its first outing but many more such tests await the new Honda offering in the near future.