Honda’s bestselling sedan, the City, has received a facelift and is looking to go toe to toe with the competition. Has Honda done enough to give the City the undisputable edge once again? 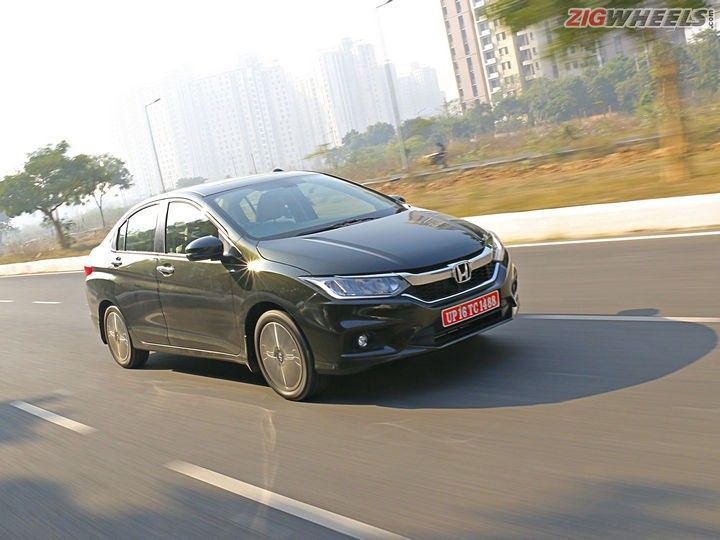 The Honda City has always been Honda’s bestseller in the Indian car market. This C-segment sedan has garnered an almost cult-like following since its introduction here in India in 1998 and has always been known for setting segment benchmarks. Currently in its fourth generation, the Honda City has received a much needed upgrade but is it enough to retain its under-threat segment leader status?

Quite a bit actually, but let’s start with the exteriors. Aesthetically, the City still looks similar to the pre-facelift model, albeit with a sleeker front end. The arrow-shot design theme is retained. The front grille now features a slimmer chrome grille with a honeycomb mesh in the background.

The Honda City now features an all-LED lighting system. The headlamps are all LED, so are the DRLs and tail lamps. In addition, the all-LED treatment is reserved for the top-of-the-line ZX variants only although, the VX does get LED headlamps and fog lamps. Even the fog lamps and all interior lights including the front and rear reading lamps, and the rear number plate illumination are all powered by LED technology.

It also gets new diamond-cut alloy wheels which have been upsized to 16inches, though, these are also available on the ZX variants only as the lower models make do with 15-inch wheels. Ironically though, unlike most cars, the facelift looks most distinctive from the rear. The all-LED tail lamps feature a clear distinction between the red and clear section. It also gets a new spoiler with integrated brake lamp and honeycomb inserts in the redesigned rear bumper as well.

And what’s the story on the inside?

Well, inside, Honda has decided to stick with its tried and tested, all-plastic beige-black layout and the cabin will be familiar to previous City owners. Notable changes though include a telescopic- and tilt-adjustable steering which was missing before and should be a boon for taller drivers. Also new is the auto-dimming rear-view mirror which is also frameless and a single touch-operated sunroof has also been added. These features too are available on the higher variants only. The rest, though, is pretty similar. You still get the touch-operated controls of the automatic climate control and the instrument cluster too is pretty similar, albeit with a small update: it now features a white backlight compared to the cool blue lighting in the older car. The start/stop button is also backlit.

Lastly, Honda has also equipped the City with automatic headlamps and rain-sensing wipers to keep up with the competition. The space inside is ample and the rear can still seat three people in comfort. The kneeroom is adequate and you now also get height-adjustable rear headrests. But anyone over six feet will feel the headroom constraint. Also, the middle ‘seat’ can prove to be uncomfortable on long hauls. Though the cabin of the facelift is quintessentially City and looks as classy as before, the quality of plastics used could have been better. The plastics on the dash and door panels feel rather crude especially when compared to its chief rivals, the Maruti Suzuki Ciaz and the Hyundai Verna. Both cars make use of hard plastic panels but yet make them feel premium. Though Honda claims the panel above the glove box to be of soft-touch material but it doesn’t feel as premium as it promises.

So is that it then?

Oh no, we haven’t even gotten to the party piece yet, which is the new 7.0inch infotainment system called Digipad. This new infotainment system has been developed in-house by Honda’s R&D and is based on the Android platform and is quite user-friendly. The new system features Mirror Link technology along with WiFi connectivity. Although, your phone needs to support Mirror Link, if you want to connect your Android phone to the Digipad. In addition, it can only run apps specific to Mirror Link, which tends to limit the system’s functionality. In addition, the WiFi can only be accessed by a USB dongle which needs to be bought separately. Also, it uses the data from your phone to enable you to access the browser on the system. You do however get two USB ports so the Mirror Link and WiFi can be connected simultaneously.

The Digipad also features a seamless navigation system which is powered by MapMyIndia. The system uses SD card-based maps for navigation and you can also receive live traffic updates if you’re connected to WiFi. You also get an additional SD card slot for playing media, 1.5GB of added internal memory, and even an HDMI port to stream videos from your phone to the screen. Our only gripes with the system however are that it looks like an aftermarket fitment and it doesn’t come with either Apple CarPlay or Android Auto. The former feature already exists on the Ciaz whereas both will soon feature on the Verna.

Does it drive any different?

No, not really. The powertrains are identical as before. The petrol is the same 1.5-litre iVTEC (119PS/145Nm) as before and the diesel, the one you see here, is the same 1.5-litre iDTEC engine that still develops 100PS of max power and 200Nm of peak torque. The motor still feels torquey and taking off even in second gear is rarely an issue thanks to the strong low-end grunt. There is ample twist on tap even before the turbo kicks in and, while  the car’s usable rev range is narrow, the delivery is linear and smooth.

The petrol is available with a choice of a 5-speed manual and a CVT.  So,  if you are looking for Japanese reliability, a super refined engine and convenience features to boot, we suggest you go for the ZX petrol CVT.  The diesel comes equipped with a 6-speed manual only. The throw is short and the gearbox is precise but you do sometimes confuse third for fifth and vice-versa as the gates are quite narrow and close together.

Honda claims it has reworked the NVH package but the results seem marginal at best. The engine still feels harsh and there is a fair amount of engine clatter that seeps into the cabin right from start-up, and the vibrations too can be felt in the pedals and the steering wheel. Plus, the wheel wells are devoid of cladding as well, which lets in a fair bit of road noise into the cabin as well. The ride, too, is a tad stiff and even though you don’t feel the undulations as much, you certainly do hear them.

They must have improved the safety right?

Yes, safety has been upgraded and is one of the key points of the new Honda City. The entire lineup now gets ABS, EBD and dual front airbags as standard. Rear ISOFIX child seat mounts are also standard across the range. The top of the line ZX variants now also feature side and curtain airbags, which brings the total tally to six which is now on par with the rivals.

So is it worth it then?

Well, that is a question that has become quite tricky to answer. Where the City was known to set benchmarks in its segment, it is clear that it is now attempting to catch up with the competition. Yes, the updates are considerable but they haven’t radically changed the package, something the City really needs. Most of the features it is getting now are already present on its rivals, and even on some cars in the segment below. Plus, the Ciaz  is due for an update and an all new Verna is being readied too but, the new-gen City will not be making an appearance before 2019. So, the City does share an equal footing with its rivals with the new facelift but that positioning might be short lived. 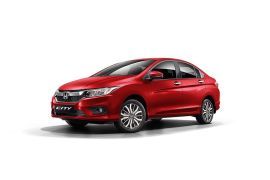 View All
View All
Trending Honda Cars
All Honda Cars