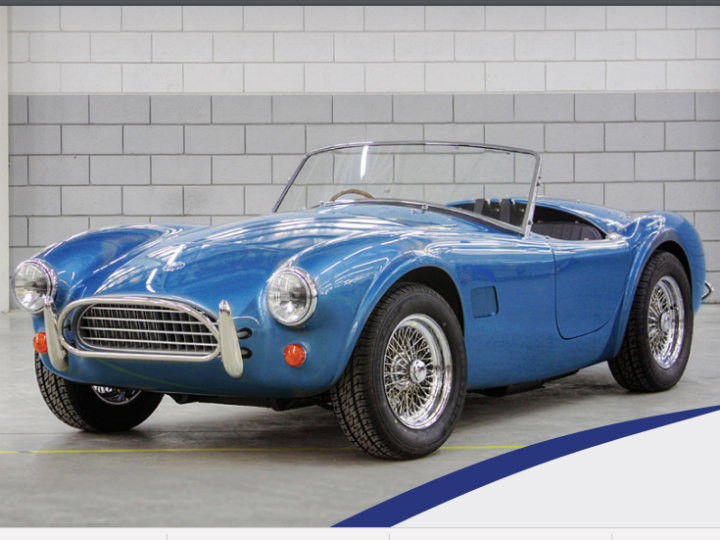 Shelby Cobra, heard of it? We’re sure that you couldn't help but notice the blue roadster that Matt Damon drove in the blockbuster film Ford v Ferrari. Built in collaboration with the famed American automotive designer Caroll Shelby, the Cobra was conceived in 1962 by one of the UK's oldest surviving carmakers, Auto Carriers Ltd.  This minimalist roadster is an iconic machine that combined British engineers’ knack to dial in handling with big displacement American power. The combination proved to be maddening, injecting drivers with absolute lust.

Sourcing the engine from Ford and the chassis from AC cars, Mr. Shelby assembled the revolutionary Cobra himself. Now there’s a new one, and it is set to electrify you.

The new AC Cobra will feature the same ladder chassis as the original, albeit with modifications to fit an electric motor that puts out 312PS and 500Nm, and draws power from a 54kWh battery pack. AC Cars says the all-electric roadster will be capable of hitting a top speed of 193kmph and go from 0-97kmph in 6.7 seconds, all while delivering a maximum range of 271km.

Despite sharing the same class and style as the 1962 model, the new roadster will be retrofitted with upgraded brakes and steering, while the chassis will consist of high-grade composite materials. It will be available in four colours: AC electric blue, AC electric black, AC electric white, and AC electric green.

Overshadowed but in no way less impressive is the second variant on offer. The AC Cobra 140 Charter Edition is the grunt-filled modern take derived from the 1962 model. It will be powered by a 2.3-litre 4-cylinder turbo-petrol engine which produces 355PS and 440Nm. If you’re aware of the history and the triquetra formed between AC cars, Shelby American, and Ford Motors, then these numbers from the engine should seem familiar to you as they belong to the base-spec version of the new Ford Mustang.

The turbo-petrol Cobra is claimed to be slightly faster than its electric sibling, with a 0-97kmph time of 6 seconds. However, it gets  the same top speed as the electric version. The Charter Edition gets the same treatment when it comes to modifications and upgrades but has a cheaper price tag compared to the all-electric version at roughly Rs 80.18 lakh.

While only 58 models each of the Cobra Series 1 electric and the Cobra 140 Charter Edition will be produced, it is a great feather in the cap for the Cobra legacy to see these cars on the road again, especially one which would make Caroll Shelby proud.