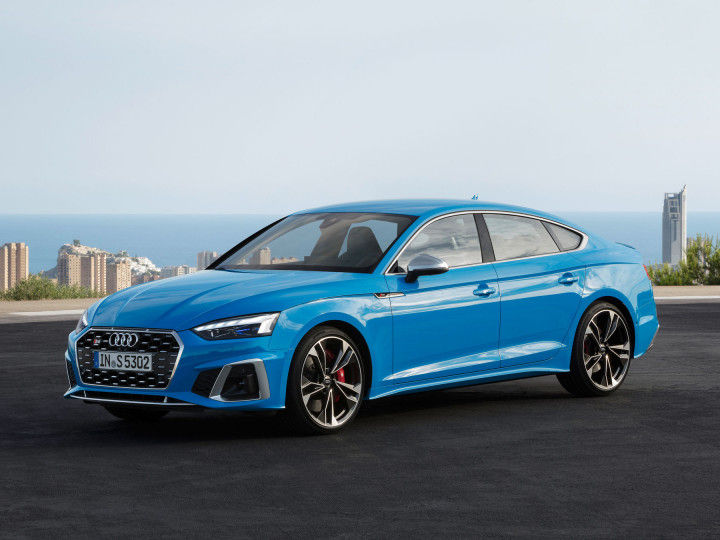 Audi India is revamping its portfolio after it discontinued almost all its models during the transition period to Bharat Stage 6 (BS6). It had just launched the Q2, its affordable offering, and teased its next model during the launch event. The next model will mark the comeback of Audi’s S5 Sportback four door coupe, which could be launched as soon as November.

The upcoming Audi S5 Sportback will be the facelifted model which was revealed at the 2019 Frankfurt Motor Show. While the silhouette looks similar to the pre-facelift model, the updated S5 gets a complete redesign at the front, which includes a sharper single-frame grille and new LED headlamps with snazzier DRLs. The bumpers at both ends are also sportier and the rear tail lamps get different detailing.

The interior, though largely similar, gets an updated infotainment system which can only be controlled via touch inputs. The swivel wheel has given way for a cubby hole. It’s also a connected unit and features news updates, Google Earth mapping, flight, fuel pricing information, and parking search function. Though it’s likely that these features could be deactivated for India.

Globally, Audi offers the S5 Sportback with two engine options: a 3.0-litre diesel for the European market and a 3.0-litre petrol for the American market. India could get the latter which dishes out 349PS of power and 500Nm of twist. Pedal to the metal, it does 0-100kmph in 4.5 seconds and maxes out at 250kmph. Naturally, this being an Audi, power is transferred to all four wheels and an 8-speed automatic gearbox could be the only transmission option.

The S5 Sportback is a four-door coupe and doesn’t have any direct rivals in the country. It will rather be priced similar to the Mercedes-AMG C43, which cost around Rs 76.5 lakh (ex-showroom).