The SSC Tuatara Hypercar Record-run Isn’t Real After All

After months of suspicions and accusations, SSC North America has admitted that the Tuatara never achieved that claimed top speed 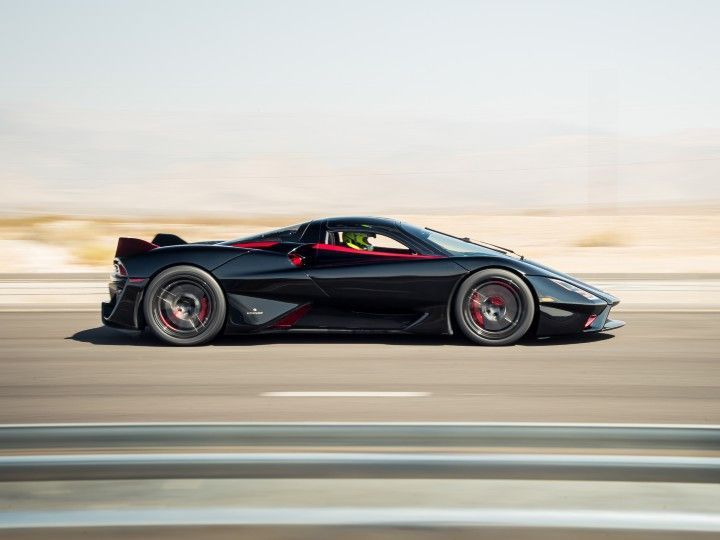 Remember when North American company Shelby SuperCars shocked the world in October 2020, with the SSC Tuatara hypercar setting the fastest production record of 316mph (508.73kmph) average top speed? Well, the carmaker has now admitted on Instagram that the hypercar never actually reached these top speed figures. But how were these fraudulent figures found out?

The controversy kicked off just as soon as footage of the record-run was released by SSC. Eagle-eyed viewers quickly pointed out discrepancies in the footage which raised suspicions and accusations of video tampering. To prove naysayers wrong, SSC decided to do another run at the Johnny Bohmer Proving Grounds at the Kennedy Space Center, Florida in January 2021.

Now here’s where the SSC Tuatara was well and truly found out. In the original run, the carmaker claimed the Tuatara averaged 301.07 mph (484.53 kmph) on the first run with the opposite direction yielding a top speed of 331.15 mph (532.93 kmph). This averages out to 316.11mph (508.74kmph). However, in the second run, the hypercar managed an average top speed of only 282.9 mph (455.2 kmph), after going 279.7 mph (450.1 kmph) in the first run and 286.1 mph (460.4 kmph), in the second run. So not only did the Tuatara not achieve their original stratospheric number but was also nowhere near the godly 500kmph speed barrier. And thus, six months later, SSC finally admitted the original record-run was bogus. It’s still unclear as to what caused SSC North America to believe the original number or even how long the company knew the top speed figures weren’t real.

The Tuatara is powered by a 5.9-litre twin-turbo V6 engine producing a beefy 1750PS of outright grunt with E85 fuel (1350PS with 91 Octane fuel), paired to a 7-speed AMT gearbox. Power isn't everything, though. It's also helped by the carbon-fibre bodywork which gives it a weight of only 1,247kg and a drag coefficient of 0.279.

So for now, the Bugatti Chiron 300+ still holds the title as the fastest production car in the world, even though it did only in a single direction run, achieving  490.48kmph at the famous Ehra-Lessien in Germany. That being said, Shelby SuperCars isn’t giving up on this, and are planning another go at breaking the 500kmph top speed barrier. Hopefully this time, it's actually legal.