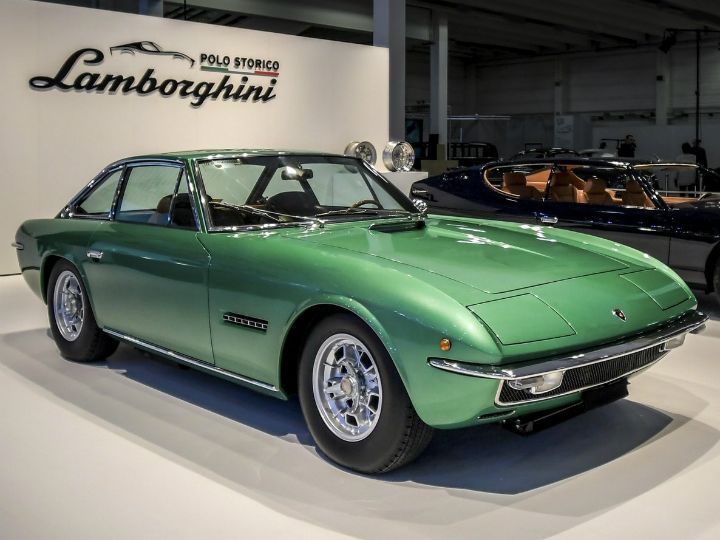 Lamborghini Polo Storico, the iconic car manufacturer’s division devoted to restoring its historic models, seems to be in the news yet again as it has just announced that it will be taking an Espada and Islero models from its museum across Italy in early September to mark the tow cars’ 50th anniversary.

The anniversary tour for the two cars, which is set to be held from September 7 to 10, will pass through Italy’s Umbria region. The 600-odd kilometre journey, which will also see other collectors joining the procession with their prized possessions, will conclude at Lamborghini’s factory in Sant’Agata Bolognese.

Both cars will traverse through the Perugia and will stop by the city’s famous cathedrals and museums as well as some wineries. They will also pass through Assisi, Tuscany and the Chianti region. But enough of the drive, let’s talk about the cars instead.

Clearly, we have a soft spot for Lamborghinis here at Zigwheels, especially the older models that may seem obscure for some of you. The reason why we love them so much is because they remind us that supercars need not be outlandish to be special. The supercars of today, what with their sharp body panels that could possibly pierce through your eyes by just looking at them, can get tiring at times. That’s why the two icons featured here and the various other supercars we’ve written about before are significant to us us. They make us realise why we got into this profession in the first place. But I’m digressing for the main topic here - the cars.

The Espada was Lamborghini’s first-ever four-seater model and was sold alongside the Miura and the Islero. Designed by Marcello Gandini, the Espada was based on the Marzal concept and launched in 1968. It was built to share the thrill of speed with the entire family. Or if you were a rich playboy, your bunnies. During it’s 10-year run, Lamborghini sold 1,226 units of the Espada, making it one of the most popular models until the Countach came along in the 80s.

It featured a longitudinal, front-mounted 4.0-litre V12 engine that give enough poke (the power output ranged from 300PS to 350PS in the course of 10 years) to hit 245kmph. It was also the first-ever Lamborghini to feature an automatic transmission. The name refers to the sword that a bullfighter uses to kill... er… the bull.

Officially known as the Jslero, the two-seater GT car was based on the 400 GT. Like the Espada, it too was launched in 1968. However, Lamborghini discontinued the model within two years. Hence, it is quite rare with only 225 units ever built. Like other Lambos, the name had a connection with bullfighting. Here, the name refers to a famous bull famed for killing the celebrated bullfighter Manolete in 1947.

Recommended Read: Here’s A Look At Yet Another Forgotten Lamborghini

Designed by Mario Marazzi, the Islero a wider track than the car it was based to accommodate fatter tyres. It also had better outward visibility and a roomier cabin, making it a good GT car. The Islero too featured a V12 engine. Here, it put out 330PS and was mated to a 5-speed manual transmission. It’s top speed was rated at 248kmph and could accelerate from 0-97kmph in just 6.4 seconds, which was pretty impressive for its time. In 1969, the Islero was replaced by the Islero S that boasted of a slightly higher top speed of 260kmph. In it’s two-year history, lamborghini built 155 units of the Islero and just 70 units of the Islero S. So, it’s no surprise which of the two is the most sought after today.